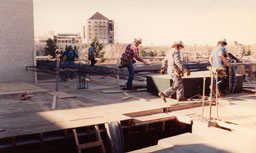 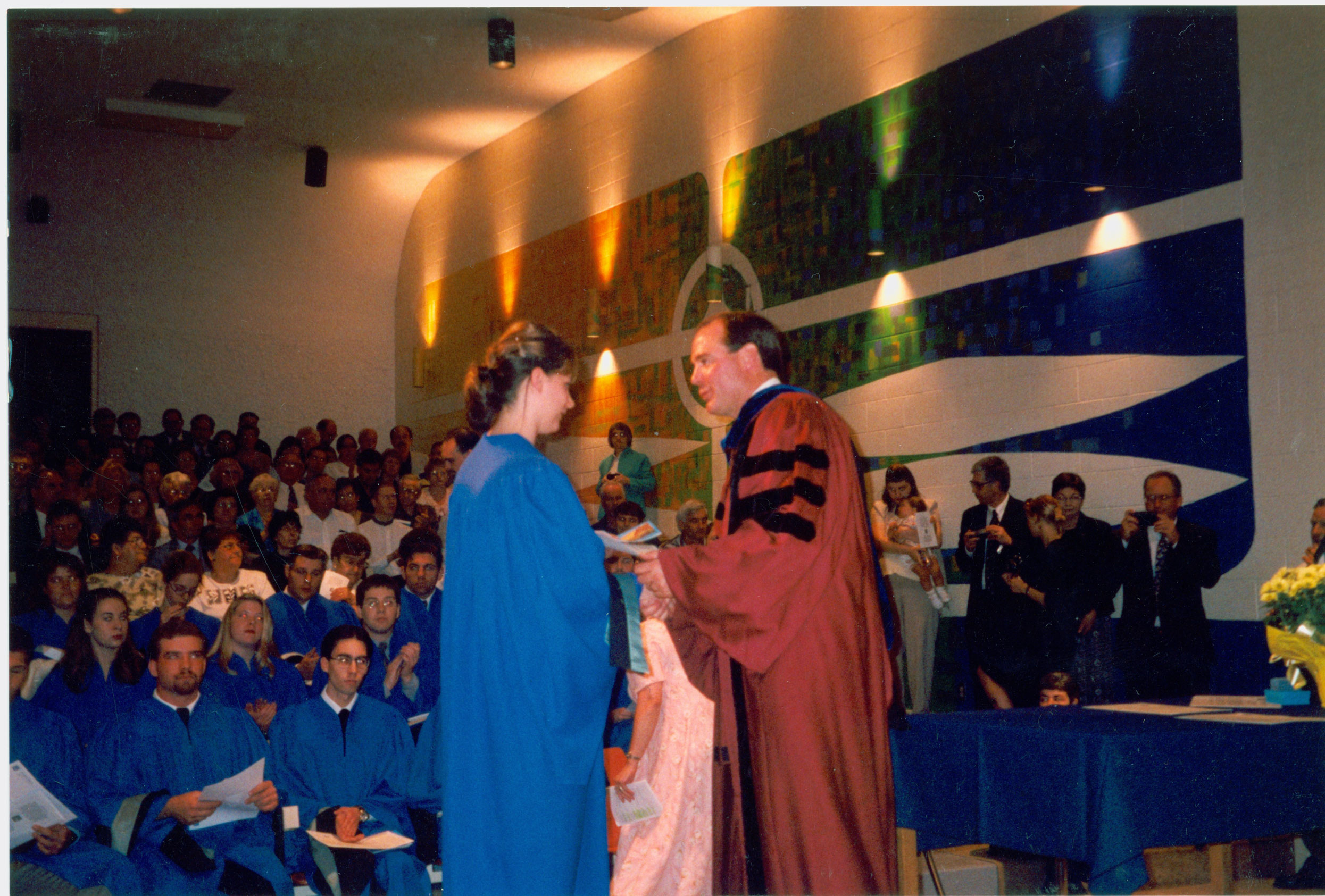 1991 – At the High School, part of the new art studio is sectioned off and becomes a “computer laboratory.” A course in computers is offered but some wonder whether it is the students or the teachers who are learning the most.

1991 – The new classroom wing at the University Campus features classrooms, chapel, library, and academic offices. Student fundraising for the past many years is dedicated to installing an elevator to ensure accessibility. Several years later this new building is named The Anderson Wing to honour the roles that Dr. Morris and Betty Anderson played in the life of the College. The new wing contains a special archives room where documents and photographs from Luther’s history are preserved. One classroom has expensive wiring installed so that someday it can be filled with computers connected to the internet as a “smart classroom.” (WiFi comes first)

1994 – Rev. Dr. Richard Hordern, who has taught Religious Studies since 1978 at Luther College, University Campus, is named President. Don King is appointed Director of Development to assist with fundraising.

1994 – There is a drastic drop in the number of Hong Kong students in the High School residence but soon students are attracted to Luther from a dozen different countries of the world. South Korea becomes the largest geographical source of dorm students.

1994 – The national church makes clear what had been suspected for several years: that it would no longer be able to assist Luther in capital fundraising campaigns. Luther is now on its own.

1994-95 – The Black and Gold Challenge Fundraising campaign, seeking emergency funds to overcome a major deficit problem at the High School, raises $230,000 so the High School can continue to operate. Together with other gifts for scholarships and trust funds, this may be the largest annual amount ever receipted by the College. This is in addition to the donation by teachers of 5% of their salaries, which they continue to make until the budget is balanced. Their salaries are already below the Saskatchewan Teacher’s Federation (STF) pay scale when this commitment is made.

1995 – The senior girls’ volleyball tournament is established. Each year, Luther's senior girls host at least one Saskatoon team, one other Regina team, and four competitive rural or out-of-province teams in the eight-team tournament. The focus for the weekend is the development of athleticism and high-calibre competition. As one of the two major athletic tournaments held each year, the volleyball tournament offers the senior girls an opportunity to compete at home and showcase their talent in front of their peers. The tournament also allows the students to take ownership of their hard work and athletic accomplishment. In 2007, the Luther senior girls’ volleyball team won the tournament for the first time, much to the delight of the home crowd, and followed-up with a richly deserved repeat victory in 2008.

1995 – Soccer is revived and becomes one of the most popular sports at the High School, especially due to the large number of international students who enjoy soccer. LIT is featured on TSN.

1996 – A celebration of the 25th Anniversary of the University is held on campus.

1997 – The College develops a “website” and soon announces that alumni can submit their class news to the alumni office using what is being called “e-mail.”

1998 – After inspection and evaluation, Luther College High School is accepted into the membership of the Canadian Association of Independent Schools.

1998 – The annual provincial operating grant per Saskatchewan student increases from about $2,400 to about $5,000 per year. Teachers are now paid 100% of the STF salary scale. A pension and benefits program is introduced for the High School’s support staff.

1998 – The University Campus receives national news attention when it sponsors a “Scholarly Writing Award” for the Saskatchewan Book Awards, the first such award in Canada.

1999 – Total enrollment is 1,412 (429 at the High School and 983 registered at the University). This includes an estimated 300 Lutherans. At the High School Campus, there are more students affiliated with the Roman Catholic Church than any other single denomination.