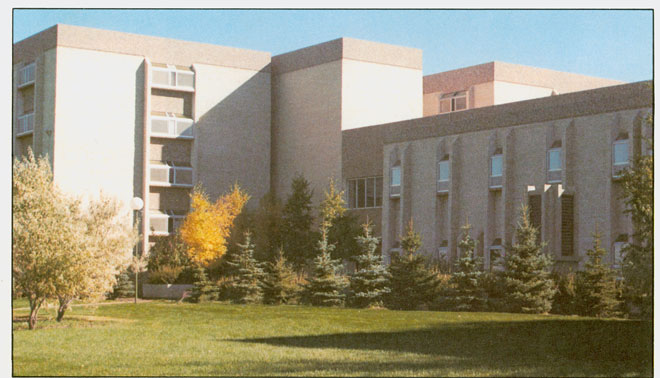 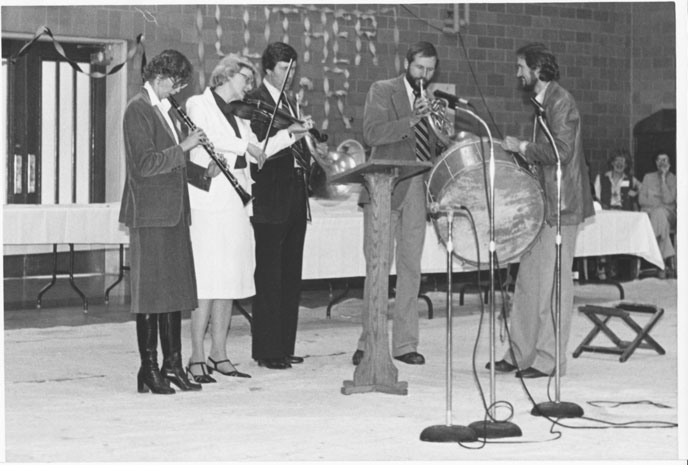 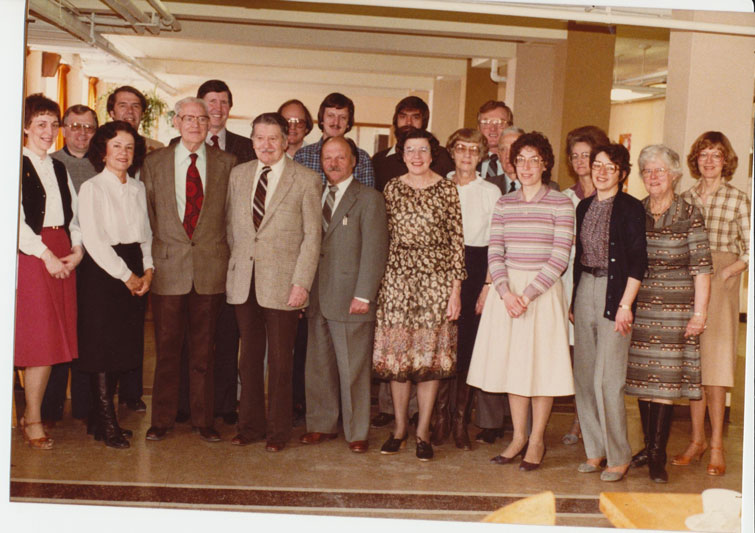 1980 – Pastor Don King, chaplain at the University Campus, is appointed Principal of the High School, beginning what is often remembered as ten years of amazing growth at the High School. By the end of the decade, enrollment climbs to 500 and Luther wins the LIT.

1981 – A mural is painted in the Luther College Auditorium/Chapel by Richard R. Caemmerer Jr. that depicts the Christian creed in both traditional and contemporary symbolism. Reading from left to right, the shaft of light descends to a view of the earth as seen from space, recalling creation narratives. In the centre, appearing like a highway intersection connecting the right and left elements, is the great Greek cross. To the right, enveloping aspects of the Saskatchewan landscape, are fire and water – symbols of the spirit and our life in the body of Christ.

1984 – The High School begins to offer the “International Baccalaureate Program,” which strives to promote international understanding and peace and provides an enriched curriculum that both covers and extends beyond regular curricula in its depth and detail. It emphasizes the development of the necessary critical skills that university-bound students need to master. It is arguably the most significant curriculum change of the past seventy years.

1984 – On October 31, the much beloved Mr. Moon retires from the Aintree Confectionary and is feted during chapel time.

1986 – Dr. Don Lee, a longtime Board member and professor at the University of Regina, is appointed President. He is the first President with an earned Ph.D. A year later, Morris Anderson is brought back as Director of Development, and major fundraising campaigns are launched for new classroom wings at both High School and University Campuses.

1988 – Major festivities are held for the 75th Anniversary of the College, including special ceremonies at Melville, Saskatchewan where the old Academy building has been restored and given a Heritage designation.

1989 – The High School dedicates its new classroom wing, including library, art studio, and elevator for accessibility.

1989 – The Luther community performs Hayden’s Creation in celebration of the 75th Anniversary of Luther College.