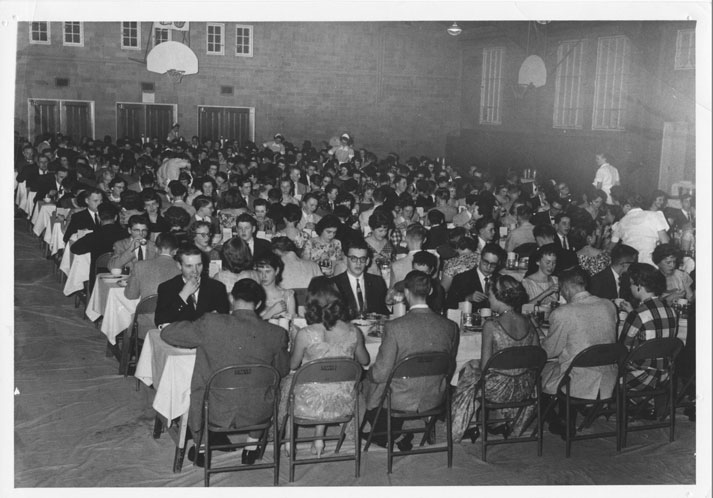 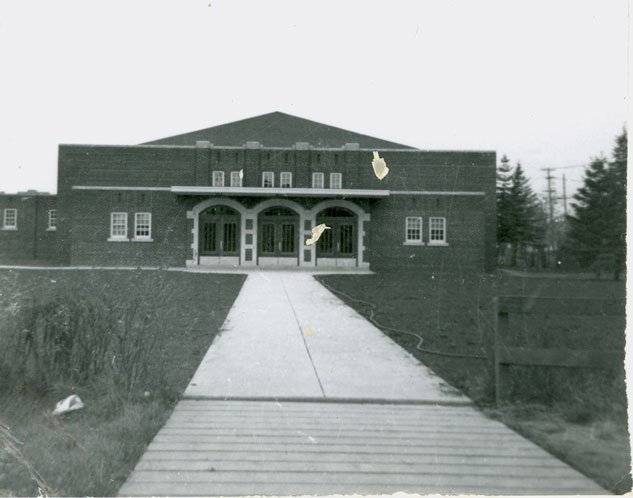 1950’s – The annual year-ending “Boy’s banquet” and “Girl’s Banquet” is combined as the “All College Banquet.”

1951 – Luther celebrates its 25th Anniversary, the 25th year of service by Rex Schneider, and the opening of the new gym. Alumni begin to hold annual banquets and publish an alumni magazine. The Tatler, previously sent to alumni, becomes more of a literary magazine.

1951 – The new gym makes many new activities possible, including indoor sports and organized cheerleading. It is believed that the Lion becomes Luther’s mascot around this time. Basketball replaces hockey and rugby as the most popular spectator sport. Another operetta by Gilbert and Sullivan is performed but this time it is held in the school’s gym.

1953 – Luther’s first full-time Athletic Director Jan (John) Chomay organizes a special one-day basketball tournament. The College gives this tournament strong support as a one-time promotional event to show off the new gym. Every high school in southern Saskatchewan is invited and, in the end, sixteen teams participate. The next year another tournament is held on a smaller scale, involving eight teams from the Regina area, and depends heavily on the students and parents to organize it. It quickly becomes a popular annual event for everyone in Regina and is soon being called “LIT” (or Luther Invitational Tournament). In 1967, teams are invited from every province in Canada. The event promotes not only basketball, but more importantly good sportsmanship.

1953 – Luther students rally for permission to hold dances. Soon Luther students are allowed to attend dances in the community provided that no teachers are present (the teachers would obligingly leave at the proper time). It is remembered that Mrs. Schneider was influential in having the school offer “Singing Games,” which looked a great deal like dancing, but Principal Schneider could say, in all honestly, that Luther does not sponsor or support any “dances.” Just “singing games.”

1956 – Enrollment is at the 300 mark with all of the rooms in the girls’ dorm at triple occupancy. Shortly after the expansion of “consolidated high schools” in rural Saskatchewan, there is a sharp drop in Saskatchewan students living in the dorms.