The Luther Invitational Tournament was inducted into the Regina Sports Hall of Fame - Class of 2016.

LIT is a Patron: Basketball.
"Founded in 1953, LIT is a senior high school basketball tournament that promotes sportsmanship, hospitality and high-level competition. Traditionally held during three days in February, the annual event is organized by Luther's student body, with 10 committees comprising of 10-20 volunteers to handle media, decorations, hosting duties, scorekeeping, concessions and clean up. LIT promotes the values of volunteering and leadership. School alumni return regularly to attend the games. Other schools have emulated the tournament in Saskatoon, Winnipeg, Calgary, Edmonton and Raymond, all of which have won the event during its history."

Luther College thanks those who made this honor possible. We also want to thank the larger community of students, faculty, parents and fans who have played a part in LIT's success over the past 64 years. 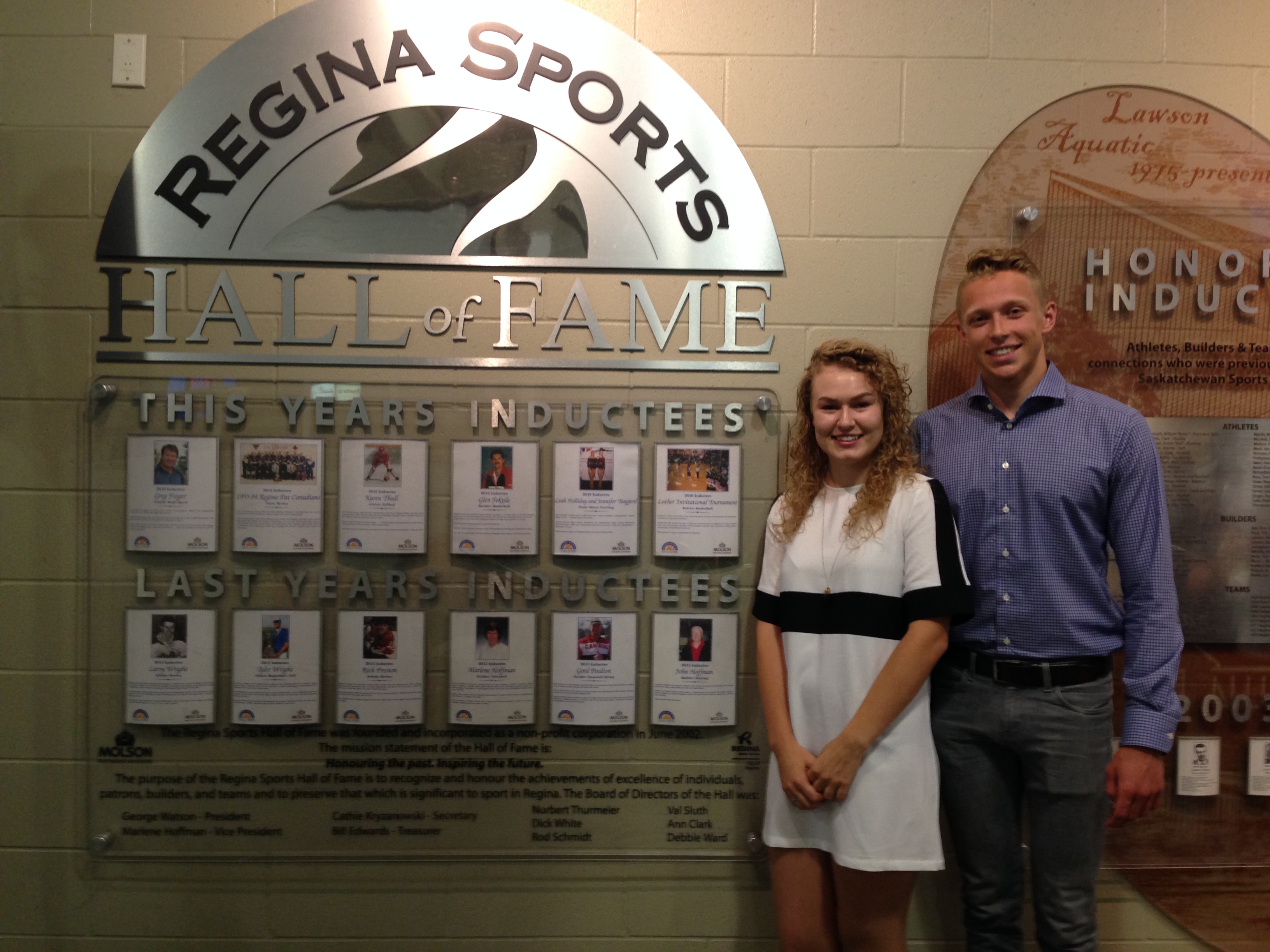 Gillian Leach (HS'16) and Brock Lumbard (HS'16) were representing LIT at the announcement.

The Regina Sports Hall of Fame is a non-profit association formed to honour the people and teams who have contributed to sports in Regina. The display site is in the Co-operators Centre inside Evraz Place.