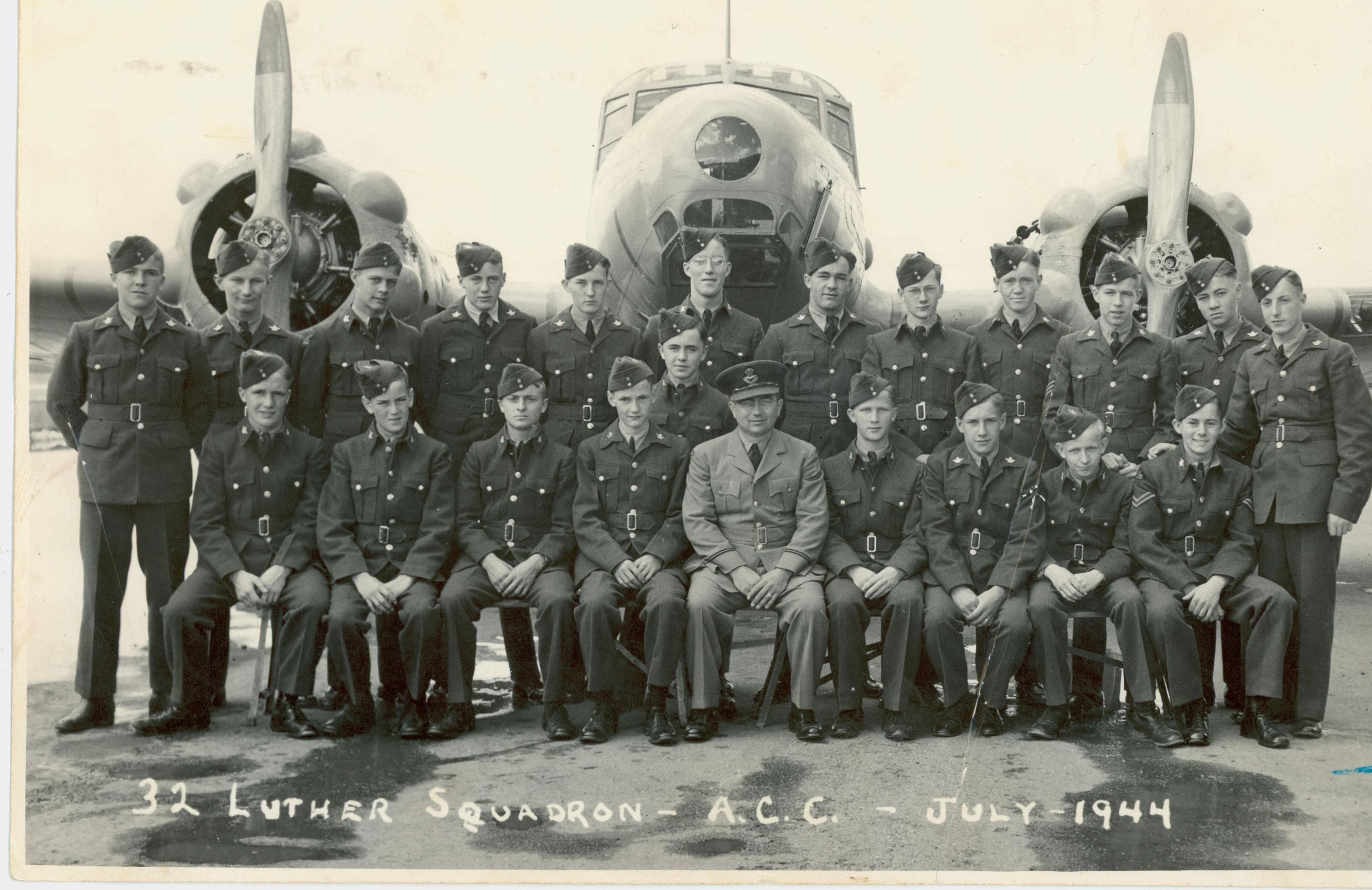 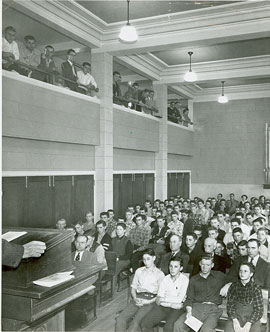 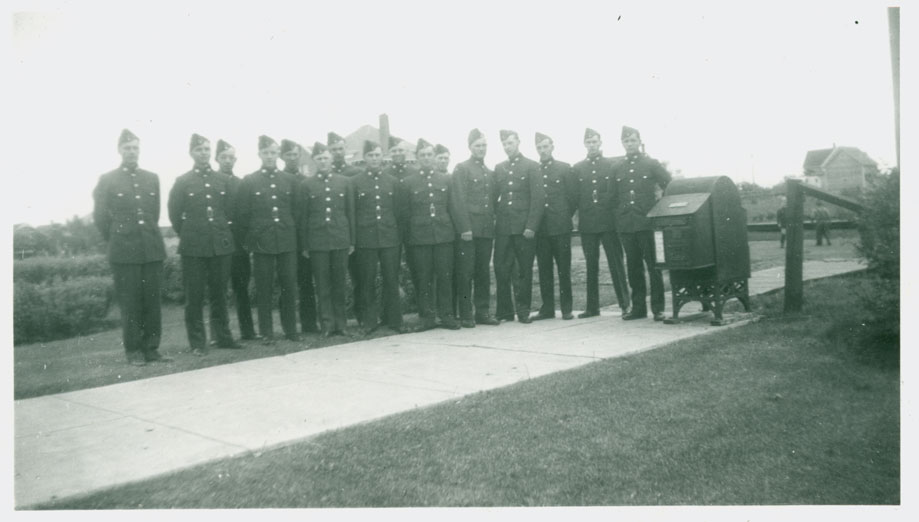 1939-45 – The first Regina boy killed in the Second World War, Peter Lay, is a Luther alumnus. He dies in a flight training accident.

In a strong display of patriotism, the boys’ dorm is run according to military procedures. Luther teachers organize Air Cadet Squadron No. 32 for high school boys, while senior and university students enroll in OTC, which is in cooperation with Regina College. Girls canvass door-to-door to raise money for the war effort, and learn supporting roles, such as signaling. Every morning a colour guard marches from the front door out to Royal Street to raise the flag and there is a sunset ceremony every evening as the flag is taken down.

Luther alumni, who were fluent in German, are often assigned as guards in the German POW camps established around Saskatchewan.

1945-1950 – Enrollment continues to increase during the war years and grows rapidly to 226 when the war is over.

Rex Schneider is the founding President of Canadian Lutheran World Relief, established to help postwar Europe including assistance to refugees coming to North America. A number of students from Germany find their way to Luther College.

Rex Schneider takes initiative in getting the various Lutheran churches of western Canada, representing different ethnic and theological traditions, to agree on supporting the seminary in Saskatoon, Saskatchewan. His efforts result in Luther grads no longer needing to go to the United States to attend the seminary.