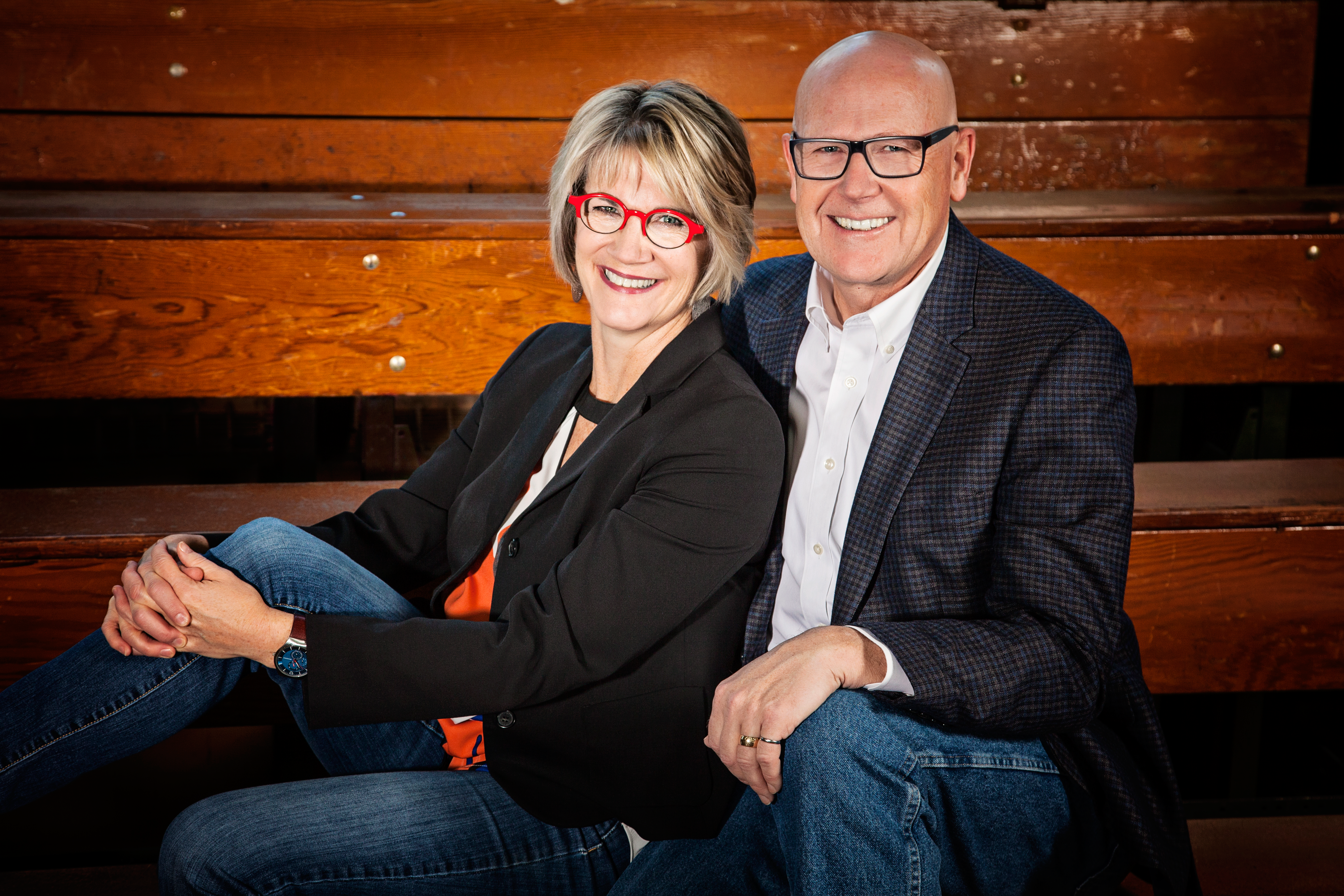 To say the Tiefenbachs have had a long connection to Luther College is an understatement.

Arnold Tiefenbach (HS’31) was amongst the first students to attend Luther College after it opened in Regina, Saskatchewan in 1926, and later returned in 1949 as Reverend Tiefenbach to be the Dean of Men and teacher of Religion, Science, and Latin. As a child, his son Karl Tiefenbach (HS’73, U’76) remembers tagging along with his dad when he went to school. “I don’t remember a life without Luther,” indicates Karl.

When it was time for Rev. Tiefenbach’s children to go to high school, Karl says it was expected that he and his three siblings, Mark (HS’70), Joan (HS’71), and Peter (HS’77) would attend Luther College High School.

In his Grade 12 year at Luther, Karl met Kathy Atchison (HS’76). They might not have met had it not been for Kathy’s sister Margaret (HS’72) wanting to attend Luther, and both Kathy and her brother Gord (HS’74) happily followed in their sister’s footsteps. “It was definitely the right direction for our family to take. All three of us had a great experience at Luther,” says Kathy. She remembers high school as being a lot of fun. “I felt a freedom to be who I was, while also being encouraged to develop further.” Luther also offered a spiritual support to Kathy’s faith through daily chapel and her involvement in the choir, where they often sang sacred music. The teachers at Luther also had a big impact. Kathy was taught by a mix of long-time faculty members, such as Laurie Mang, Blake Carson, and Gladys Christie, and the new “vibrant” teachers, like Rick Nostbakken, Barb Wright, Berbel Knoll, and Gerry Harris, who joined the faculty during her time as a student.

For Karl, Luther provided a good mix of academics and co-curricular activities, with special memories of Paul Liefeld, Garry Korven, Coach Dick Stark, and Pastor C, Al Christiansen. He made many life-long friends on and off the basketball court and “proudly” recalls his 1-4 win-loss record in LIT. Upon graduation in 1973, Karl transitioned seamlessly to the Luther University campus, taking a noon-time class between shifts as a $1.75/hour vacuum cleaner specialist.

Karl and Kathy were married in the spring of 1977. During the next several years, the Tiefenbachs were busy with children and careers but kept in touch with Luther through class reunions, the annual Candelight service, and LIT.

In the 1990’s, Kathy’s nieces, Lyndsay Duncombe (HS’96) and Jennifer Duncombe (HS’99), attended the High School. A few years later, Karl and Kathy’s own children became students: Ricky (HS’01), Sarah (HS’03), Joey (HS’05), and Taylor (HS’05). “It was wonderful seeing our kids go to the same high school,” recalls Kathy. “It was almost like getting a do-over! In fact, they even had some of the same teachers.”

Karl and Kathy feel that their children benefitted from habits developed at Luther, in the classroom as well as through sports and the arts. They each had “a chance to shine.” All four Tiefenbach children developed a strong pragmatic social justice conscience that Karl and Kathy attribute, in part, to their experience at Luther: “Luther really taught our kids to think, and instilled in them a respect for life-long learning.”

Karl and Kathy believe that Luther provides a safe but challenging environment for students to develop their natural abilities. “Luther helps develop kids not only for university, but for life in general,” says Karl. “At Luther you are free to question and express yourself.” They both feel that Luther does a very good job of welcoming people of other faiths without sacrificing its Lutheran heritage and the Christian tradition.

When asked about why they have chosen to leave a bequest to Luther in their wills, Karl says, “Luther has been such a big part of my life, it’s natural to want it to continue. We want to honour the people who laid the foundations, support those working so hard today, and encourage the future generations of students.”

“Plus we have two grandchildren who are Future Luther Students,” adds Kathy. “It would be pretty special to see a fourth generation take their place at Luther.” “Making a bequest to Luther in our will is really like leaving a gift to another one of our children,” says Karl.

For further information on leaving a bequest to Luther College in your will, please contact Maureen Harrison at 306.791.9175 or maureen.harrison@luthercollege.edu.