Why did Luther want the Qur’an to be published? (F. V. Greifenhagen)

Why did Luther want the Qur’an to be published? 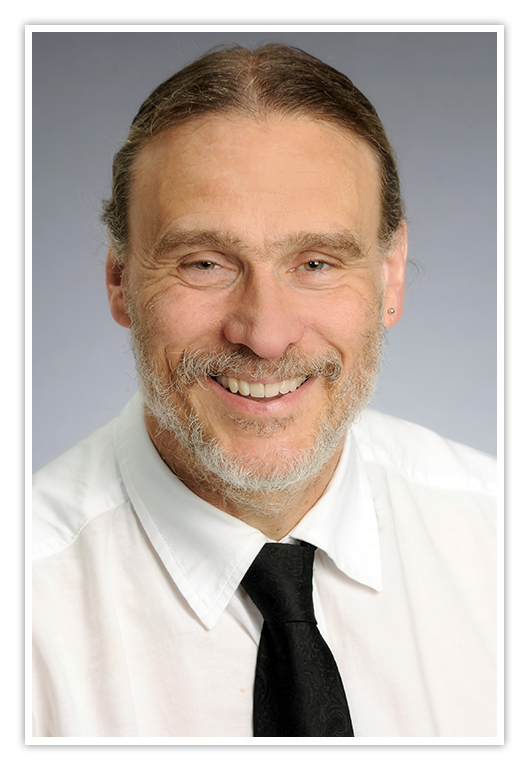 In 1542, as the armies of the Ottoman (Turkish) sultan, Süleyman the Magnificent (reigned 1520-1566), were campaigning victoriously in Hungary, a Swiss publisher named Johannes Oporinus (1507–1568) found himself in jail. His crime? Trying to print a Latin translation of the Qur’an. Through the intervention of none other than Martin Luther (1483–1546), the translation was printed in 1543, complete with a preface penned by Luther himself. Why did Luther do this, given the animosity towards the Turks which he shared with his fellow Europeans?

To answer this question, some historical context is required. At about the same time, Luther penned the well-known Lutheran Reformation hymn, “Erhalt uns, Herr, bei deinem Wort”, found translated today in English as “Lord, keep us steadfast in your Word”. Less well-known, however, is that the hymn originally began “Lord, keep us in thy Word and work” and continued with “Restrain the murderous Pope and Turk”. The original words reflect the context in which the hymn was written. Concerned that the Ottoman Turkish advances in Hungary were getting too close for comfort, the German rulers called for special prayers. Martin Luther wrote the hymn for a prayer service in Wittenberg. It was subsequently published as a broadsheet in 1542 and in a hymnal in 1543, where it was subtitled, “A children’s song against the two arch-enemies of Christ and his Holy Church”.

This hymn serves as a good illustration of what Martin Luther considered the two main enemies in his day of true Christianity: the internal enemy was the papacy, and the external enemy was the Turk. It also indicates how different Luther’s context was from our own secular and pluralist world today. In Luther’s time, the overwhelmingly Christian population of Europe assumed the triumphant superiority of Christianity, but then had to make sense of other religious systems such as Islam, which under the Ottoman Turks seemed at the time to be triumphing over all opposition. This Christians did by first polemicizing against Islamic beliefs and practices, insofar as they were known, and then mounting arguments for Christian superiority. Martin Luther shared this approach.

In the 16th century the reality of the Turkish Ottoman empire’s advances plus the proliferating use of the printing press led to the production of a distinct genre of pamphlets, written in the vernacular, called Türkenbüchlein or “Turk-booklet”. Over 2500 of these were printed and disseminated, in addition to scholarly literature written primarily in Latin. While addressing Islam, these works used the rather inaccurate or distorted terms for Muslims in currency at the time, such as “Turk” or “Saracen” or “Muhammadan”. Most of this literature conveyed a negative and stereotypical view of the religion of the Turks, viewing it as the product of a false prophet or, worse, of the firstborn son of Satan. Since Christianity was assumed to be the preeminent measure of truth, the religion of the Turks, at best, was a heresy, and was destined to be wiped out in the imminent apocalyptic end of the world. At the same time, these booklets often recognized the attraction of the Ottoman world, with its religious discipline and piety, military victories, and orderly and stable government, especially over against what was considered as widespread corruption and disunity within and among the European Christian lands. Therefore, beside adopting a polemic point of view, the authors of these booklets engaged in an apologetic defense of Christianity. In other words: they followed the Dominican method of disputing with unbelievers exemplified by Thomas Aquinas, namely to expose and destroy error before expounding truth.

While many of these Türkenbüchlein were written to support war or crusade against the Turks, some were superficially addressed to the Turks, calling for them to convert to Christianity. However, it is doubtful whether they had any kind of audience among the Ottoman Turks – the booklets were clearly aimed at the European Christian public to bolster Christian confidence with stereotypes of a depraved enemy. True dialogue and engagement was not a consideration.

Scholarly works on Islam and the Turks at the time generally shared in this negative, polemical approach. A Latin translation of the Qur’an was available, produced in 1143 by the Englishman Robert of Ketton under Abbot Peter of the famous Benedictine monastic community at Cluny in France. It circulated under the telling title of Lex Mahomet pseudoprophete (“The Law of the false prophet Muhammad”), and was the standard version of the Qur’an for Europeans until the 18th century. Contra legem Sarraccenorum (“Against the laws of the Saracens”, ca. 1300) by the Italian Dominican monk Riccoldo da Monte di Croce, first printed in 1500 as Confutatio Alkorani (“Confutation of the Qur’an”), was also widely circulated as a standard scholarly handbook on Islam. On the one hand, Riccoldo argued that the Qur’an was not the Word of God by comparing it with the Bible; on the other hand, in a contradictory fashion, the author attempted to demonstrate the truth of Christian dogma by extracting it from the Qur’an itself.

Martin Luther was impelled to publish his own Türkenbüchlein in 1529 when the armies of the Ottoman sultan Süleyman the Magnificent besieged Vienna. He repeated many of the generalizations and stereotypes found in other published works, but also added his own particular nuances. In Vom Kriege wider die Türcken (“On war against the Turks”, 1529), he argued that any war against the Turks must be a just war, waged by secular rulers, and not a religiously motivated crusade or holy war. However, he also accused the Turks of “lies, murder and disregard for marriage”, which he expounded as attacks on the God-ordained spiritual, temporal and domestic estates.

In Luther’s second Türkenbüchlein, Eine Heerpredigt wider den Türcken (“Military Sermon against the Turks”, 1530), he interpreted Turkish military victories apocalyptically as signs of the coming end of the world. He then turned to practical advice for Christians taken captive or conquered by the Turks. On the one hand, they were obliged to obey political leaders, whether Christian or Muslim, as these were appointed by God. On the other hand, they were to overcome doubt about their Christian faith and to resist the allure of Islam.

Martin Luther’s third booklet, Vermahnung zum Gebet wider den Türcken (“Admonition to pray against the Turks”) was published later, in 1541, at the request of his prince, Johannes Friedrich I, Elector of Saxony (as was also the hymn, “Lord, keep us in thy Word and work” described at the beginning of this article). In this booklet, Luther basically repeated the arguments he had made earlier, warning against crusade and holy war, and admonishing Christians to return to true faith in the face of threats of suffering and captivity.

It was also during this year, or perhaps early in 1542, that the library of the University of Wittenberg obtained a manuscript of Robert of Ketton’s Latin translation of the Qur’an, and Luther was finally able to read it. His initial assessment, not surprisingly, was negative: the Qur’an, he insisted, demonstrated that the religion of the Turks was “utterly despicable and blasphemous” – by definition, anything that did not accord completely with the Christian faith as Luther understood it, would be characterized in this way.

Given all this vitriol against the Qur’an, and against the Ottoman Turks who were viewed as following its teachings, why did Luther intervene in 1542 to have the Latin translation of the Qur’an published and printed? That year Theodor Bibliander (1509–1564), a Swiss reformer, encouraged his friend, the printer and former instructor at the University of Basel, Johannes Oporinus, to procure and print Robert of Ketton’s Latin translation of the Qur’an. The city council got wind of this project and stopped the printing, briefly imprisoning Oporinus and confiscating any printed books, on the charge that the Qur’an was a wicked and dangerous work that had no place in the Christian community. Luther heard of the controversy through his book dealer and wrote a letter to the city council insisting that the book be printed. The city council relented, allowing for the printing to proceed as long as Basel was not mentioned as the place of publication and that the book would not be sold there. Luther contributed a preface, as did also Philip Melanchthon (1497–1560), and the book sold well, with three printed issues in 1543 and a second edition in 1550 available for purchase.

Given the attitudes of the general public and the scholarly community toward the Qu’ran and the Turks in Europe at the time – which Martin Luther shared for the most part – it should come as no surprise that Luther was not motivated by any irenic or pluralistic notions to insist on the publication of the Qur’an. As both his letter to the Basel city council and his preface to the translation itself made clear, Luther desired the Qur’an to be published, in order to expose it, in his estimation, as a work full of lies, fables, and abominations in comparison to Christian scripture. In his preface, he explained the benefits of studying non-Christian religions: not to genuinely learn about one’s neighbour’s faith, but rather to confirm the faith of Christians over against the perversity of other religions, which were all presumed and prejudged as stratagems of Satan.

As a child of his time, for Luther there was no middle ground on which different religions could meet. For him there was only true religion and false religion. False religion included both the Turks and the Pope. In fact, Luther remarked at times that the Pope was worse than the Turks. Luther interpreted the Pope apocalyptically in the imagery of the books of Daniel and Revelation as the false prophet from the west, while Muhammad was characterized at the beast from the east. Yet, like some contemporary Türkbüchlein writers, Luther also recognized positive elements in the life of the Turks. However, rather than being commendable, Luther argued that these positive characteristics needed to be negated by the far more serious negative doctrinal dangers that the Turks posed with their religion.

Muslims of the time would certainly not have considered many of the arguments and evidences put forward by polemicists against Islam, such as Luther, as accurate or appropriate interpretations of the facts. But Muslims were missing from the conversation. Luther himself did not pursue an audience with Süleyman when the possibility was raised by an ambassador in 1530. As the eminent scholar of Islam, Bernard Lewis, put it, “the ‘Great Debate’ between Christendom and Islam . . . was, in its verbal aspect, a monologue, from which the Muslim interlocutor was absent . . . .” [1]

What does Luther’s engagement with Islam – and with the Qur’an in particular – have to say to Christian-Muslim relations today?  Luther’s insistence on reading the original sources, rather than depending on second-hand inaccurate accounts, is commendable. His insistence that one pay attention not just to the negative, but also the positive characteristics of one’s opponents, is commendable as well. Furthermore, while Luther was certain that Christians possessed the doctrinal truth about God, he was just as sure that non-Christians could live a morally upright life equal, if not superior, to that of the Christians of his day.

However, just as Luther’s invective against the Jews of his day cannot serve as a model for Christian-Jewish relations today, Luther himself cannot exactly be a good model to follow in Christian-Muslim relations. In fact, Luther’s approach to Islam serves more of a warning of what relations with “others” can become in the absence of any meaningful engagement and dialogue, especially when exacerbated by oppositional tensions and negative stereotypes. In today’s pluralistic and multi-cultural context, the sharing of stories by members of different faith communities meeting on common ground is called for more than theological polemic issued from a distance without meaningful interaction.

This Table Talk was given at Luther College at the University of Regina on 7 March 2017.