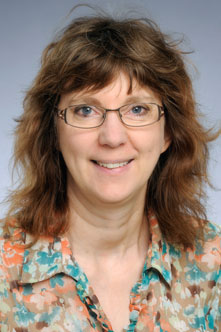 Dr. Yvonne Petry has taught history at Luther College at the University of Regina since 1998. She graduated with a B.A. and Honours Certificate from the University of Regina in 1985, an M.A. from the University of Saskatchewan in 1991 and a Ph.D. from the University of Manitoba in 1997. Her field is Early Modern European history, with a particular interest in the relationship between magic, religion, and science in sixteenth- and seventeenth-century France. Her current research focuses on the attitudes of early modern French physicians and surgeons towards magic, witchcraft and demonic possession. She regularly presents her work at the Sixteenth Century Studies Conference, the Southern Association of the History of Medicine and Science and elsewhere. She supervises both masters and honours students in early modern history and teaches at all levels. She served as the Assistant Dean of Luther College from 2012 to 2017 and currently holds the position of Academic Dean of Luther College. She lives in Regina, Saskatchewan with her husband, Gary Diver. She is an avid fan of opera, the novels of Jane Austen and Scottish country dancing.

“Many Things Surpass our Knowledge’: An Early Modern Surgeon on Magic, Witchcraft and Demonic Possession.” Social History of Medicine 25 (2012): 47-64.

“’What do they mean by a potent man?’ Medical Views of Impotence in Early Modern France,” (co-authored with Kiegan Lloyd) Premodern Masculinities Conference, Centre for Renaissance and Reformation Studies, Toronto (Virtual) (November, 2020).

“Practicing Medicine in the Context of the European Witch Hunts,” Canadian Society for the History of Medicine, Toronto (June, 2017).

“The Diagnosis and Treatment of Psychic Trauma: A Comparative Analysis of Possession and PTSD” (co-authored with Regan Shercliffe, PhD) Southern Association for the History of Medicine and Science, Charleston (February, 2013).

M.A. in History (co-supervised with Dr. John Meehan). Jessica Lohner, “Humanist or Exclusivist? A Critical Analysis of The Commentary of Father Monserrate S.J. on His Journey to the Court of Akbar” (2017).

Honours Paper in History. Conn Randall, “The Beggars of the Sea: Re-examining the Influence of the Sea Beggars during the Dutch Revolt” (2017).

Honours Paper in History. Laura Hochban, “’A Natural and Necessary Thing’: The Consequences of Martin Luther’s Marriage Reforms on Women in Sixteenth-Century Germany” (2013).

M.A. in History. Geoffrey Loken, “Lost Tribes and the Devil’s Army: The Changing Role of Native Americans in the Puritan Imagination” (2009).\