Daun Daum (HS’64, HSU’67) has spent his entire life offering hope and second chances to generations of inner-city Calgary youth as a beloved high school Phys Ed teacher and coach. The rural Saskatchewan boy jokingly admits he spent more than his fair share of time in the principal’s office as a teen and credits Luther’s caring and compassionate teachers and staff for never giving up on him. 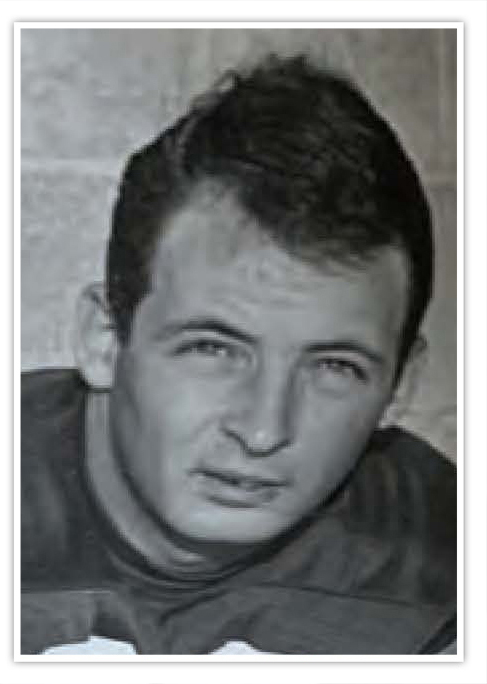 “Oh, I was a character, all right, and not the brightest kid in the classroom,” he laughs. “I’d meet the secretary, Erma, on a regular basis, and she’d say ‘You again. Well, you know the drill, sit here and wait…’”

While Daun may have been blessed with athletic skill, he was also dyslexic and struggled academically. Acting up was his release. Then one day he saw renowned African-American actor Sidney Poitier’s breakout performance in Blackboard Jungle, a movie about teachers making a difference in a rough, inner-city school. Poitier’s young character also lacked direction, until caring teachers helped nurture his talents and instill a sense of direction. “That movie changed my life,” he recalls earnestly. “I knew then that I wanted to become a teacher. I had such excellent role models like Bob Davis, who taught P.E., and so many other Luther teachers who had endless faith that I could succeed. Even Mr. Moon—the owner of the corner store across the street—never failed to offer words of encouragement while I waited there for my ride back to the farm.”

While school had its challenges, Daun rose to glory on the football field. “My buddy Cam Clark and I went on to play for the Regina Rams and we won the national championship in ’66,” he beams. “Everyone in the locker room was celebrating, but Cam and I were in the corner crying because we knew that something we loved was over.” Daun would go on to play for the U of S Huskies and pursue an Education degree on his path to becoming a teacher.

“I was lucky enough to be hired at F.E. Osborne in Calgary—one of the better schools in the country,” he recalls. “But it wasn’t long before the superintendent—fellow Luther grad Al Murray—tried to lure me over to Bowness, a small, inner-city school with a bad reputation. Let’s just say I did everything possible to turn him down. But he persisted and we made a deal: I would be head coach of the basketball, football and track teams, and we’d get new uniforms.”

The transition wasn’t easy. That summer he put up posters for kids interested in playing football. “I went back the next day, and all of my posters had all been smeared with the words ‘F-You!’” he chuckles. While it was disappointing, it only made Daun more determined. In fact, life was about to imitate art, in a perfect blend of Blackboard Jungle and another famous Poitier movie, To Sir, with Love, about a teacher making a huge difference in the lives of vulnerable students. “That fall, we had 16 kids show up, and the very next year, we won the City Championships. In fact, Bowness won 21 city finals in football, basketball and ladies’ field hockey under my watch.”

Daun not only garnered admiration and respect from his students, but he also taught them how to be leaders. “I always told my kids: ‘Say nothing when you lose and say even less when you win.’ These were kids that many people had given up on, but they could always count on me, win or lose.” While Daun never married or had a family of his own, he says his students have always been like his own children. “I was always consoling one or being a father-figure to another. Some of these kids who gave me the biggest headache now come out and golf with me,” he grins.

Daun admits that the Alberta lockdowns have been hard on him as someone who lives alone and is not very computer literate. “I miss my buddies and meeting up at ‘The Care Home,’” he chuckles, referring to their hangout at Jamieson Bar. “But if people were able to endure isolation and restrictions during WWII, we can surely live through COVID.”

While Daun can’t have pets in his condo, he routinely walks almost 10 km daily, giving out treats to every dog he encounters. “I know up to 40 of them by name and I teach them tricks. They go wild when they see me.”

At 75, Daun says he’s proud of his life and wants to be remembered as someone who truly cared. Thousands who have been lucky enough to be mentored by him over the years would have to agree. To Sir, with Love, indeed.