Throughout her entire career— whether as a social worker, a criminal prosecutor or in her current role as Assistant Deputy Attorney General for the Government of Saskatchewan— Shannon Williams has always been a public servant. “Being able to serve the community is important to me, in all the roles I’ve had,” she says. 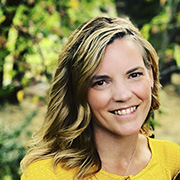 After convocating from Luther College with a Bachelor of Arts in Women’s Studies and English in 1998, Williams became a social worker, working with high-risk youth and children. She found it challenging. “You know so much about the kids and families you’re working with, but you don’t have a lot of influence on court processes and decisions made once they’re in that system,” she says. The experience served as an impetus for Williams to go into law. “The system often was unable to be as responsive and effective as I had hoped it could be for some of the kids and families I was working with. It inspired me to think about ways we could be more innovative and hopefully inspire change to some legal processes from the inside.”

When she started law school at the University of Alberta, where she convocated in 2004, Williams was sure she would go into family law. But once she started articling, she felt the pull of criminal law, “partly because the people I articled with in that area were fantastic, showed such great leadership, gave me so many good skills and were so supportive,” she says. Once she sunk her teeth into criminal law a bit more, she fell in love with it.

Williams began her legal career as a federal crown prosecutor in Edmonton and then went on to achieve a master’s degree in law at Dalhousie University (2009) with a focus on restorative justice and criminal law. “I always had an interest in what we could do to make the justice system more accessible and accountable to the people we serve. Doing a master’s in restorative justice gave me the opportunity to learn from the community and other justice system stakeholders how we, as legal professionals, can be more responsive to the needs of people accessing and being impacted by the system.”

After working as a criminal prosecutor for the federal government in Halifax, Williams went on to take a position with the Canada Border Service Agency, Legal Services Unit, in Ottawa, doing completely different work—including immigration enforcement and national security law— than what she had done in the past. “I felt like an articling student all over again. It was such a great opportunity to try something new.” After a few years of parenting twins who were born prematurely, she and her husband, Craig, decided they wanted to be near family and moved back to Regina. She served as a provincial prosecutor and then was given the opportunity to work in the Deputy Minister of Justice & Attorney General’s Office as senior counsel and executive assistant to the Deputy Minister.

In spring 2021 Williams was awarded the prestigious Queen’s Council (QC) distinction for her contributions to her profession and the community. She serves as a board member for the Law Foundation of Saskatchewan, vice-chair for Regina Transition House, as a patient and family advisor with the Saskatchewan Health Authority, as a board member of the Regina Bar Association, and as secretary of her sons’ school community council, in addition to her legal work.

That summer she was also asked to become the Assistant Deputy Attorney General, Justice Services Division for the Saskatchewan Ministry of Justice & Attorney General. The Justice Services Division, which she oversees, is responsible for family justice services, the Dispute Resolution Office, the Coroner’s Service, and the Office of the Public Guardian and Trustee, to name a few. “Almost every area I work with is a front-facing organization, where people come into contact with government services directly. Most areas are dealing with situations where something quite difficult has happened in somebody’s life,” she says. “I’ve been provided a unique opportunity to work with and lead others to innovate and think of ways to make systems accessible and responsive to individuals, so they understand the processes that are involved and how they can access government services in a meaningful way that is not going to cause more conflict in their life.”

One of the most rewarding parts of her career is to give others opportunities to grow, develop and build their own careers. “As a woman in a leadership position, I am able to share knowledge and empower others around me to succeed. My position gives me the ability to be a mentor and role model and provides me with a chance to show other aspiring women that opportunities exist to be in leadership positions, to have a family and give back to your community and also have a really meaningful career.”

Looking back on her time at Luther College, Williams appreciated how the high school teachers pushed her to try new things, and how Luther College university, with its smaller campus and staff who made it easy to register for classes, was so welcoming. “That feeling made it such an easy transition from high school to university—I just kept going. I think my parents would have liked that transition to be a little less easy; three degrees later, they’re like, ‘Are you done now?’” she laughs.