Luther The Root of Success 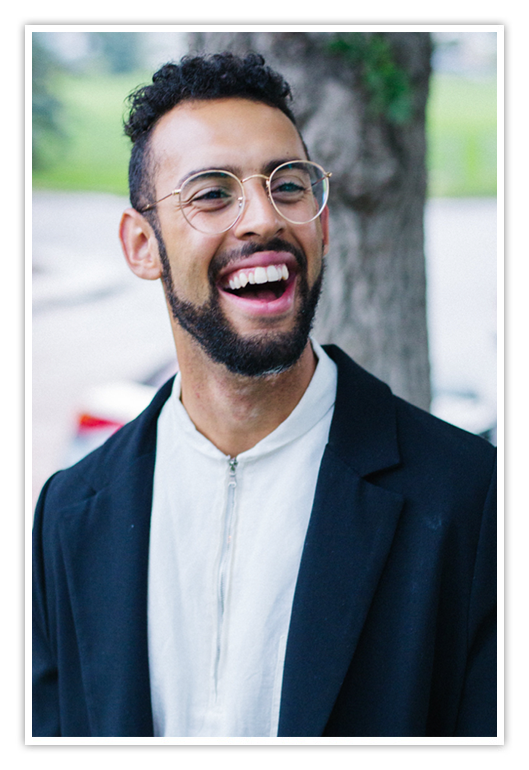 For Tynan Allan Wenarchuk (HS’10), life at Luther College High School (LCHS) didn’t begin in grade nine. “I went to my first Luther Invitational Tournament when I was two weeks old,” he says with a laugh. Like many alumni, his history with Luther is intertwined in family. His mother, Heather Wenarchuk (HS’87), and uncles Jeff Christiansen (HS’84) and Chad Christiansen (HS’91) attended the school, his grandmother Barbara was the treasurer for many years, and his grandfather, Allan Christiansen, worked as Dean of Men, a teacher, Vice Principal, and Principal for thirty years.

Tynan’s family—his grandparents in particular—are such a core part of the Luther community and its growth that they were recently honoured at the Founders’ Day Dinner this past November. (More on that on page 11 of the Spring 2018 issue of the Luther Story.) In spite of his busy schedule, Tynan made sure to be present at the event to celebrate his grandparents’ contributions to Luther. His attendance was important, not only as a supportive grandson, but also as a nod to the place, the people, and the history in which his own success is rooted.

After graduating from LCHS in 2010, he moved to Calgary, where he completed an Honours Degree in Kinesiology, obtaining a Bachelor of Science in 2014. Tynan began working with executives of major corporations to improve their health and wellness—making tweaks to their lifestyle and diet which would allow them to maintain a high level of productivity in the various demands of their busy lives. Tynan observed a common theme: “One thing that limited all of them was their workplace environment; their culture seemed to work against them staying healthy and performing in their roles. Often, their issues related back to the people who worked with and for them. I started to look into workplace wellness… and that led me to the broader concept of company culture.”

Tynan began spending his free time researching company culture and then started sharing recommendations, as asides, with his clients. When these clients began consistently reporting what a positive impact these recommendations had had in their workplaces, Tynan says, “It was a light-bulb moment. I knew I had to pursue this further.” And, thus, Illuminate was born. Tynan is the Founder and CEO of the company, now in its third year, based out of Calgary, Alberta.

The company’s mission is to build high-performing organizations by focusing on developing company cultures that intentionally care for and develop their people. Tynan finds his work extremely rewarding. Quoting Hebrews 10:24—Let us consider how we may spur one another on towards love and good works—he says, “I get to do that in this role. I can go into an organization, spur them on to love and good deeds, and show how that equates to business performance. It’s pretty cool that God has called me to this!”

In 2017, he was selected as the G20 Young Entrepreneur Delegate for Canada and travelled to Berlin, Germany to take part in the Summit. As the current representative voice for young entrepreneurship, Tynan works on policy to lobby government, including Canada’s G20 Leader, Prime Minister Justin Trudeau, for the supports that young entrepreneurs such as himself need to be successful in their business ventures.

When Tynan isn’t running his company, he is a musician, dancer, fitness instructor and missionary. Whatever role he’s functioning in, Tynan’s motivation remains steadfast: “We are body, mind and spirit! In my imperfect way, I hope to always bring good health, abundance, and the love of God.”

Missionary work has been a part of Tynan’s life since he began his post-secondary education. He has travelled to Rwanda and Mozambique, working with government officials to implement programs for positive change for many communities. The key to impactful missionary work, Tynan says, is to “leave our preconceived North American solutions at home. Instead, seek to understand what the needs are and how we can support them in a way that makes sense in their culture.” Tynan also understands that many of the struggles faced by developing countries are systemic in nature and will not be quick, overnight fixes. He does, however, recognize the power of a single spark. “A moment of joy can last forever. Bringing joy, bringing song, music, and bringing the Holy Spirit. Share the love of Jesus in a way that’s tangible. I have the most incredible gift, a relationship with Jesus, so how can I not share that?”

Illuminate will also be giving back to the community, though Tynan hasn’t determined the form that action will take just yet. “Ultimately,” he says, “we have a heart to make an impact on the culture of organizations through healthy living and pursuit of excellence but also impacting the nation with health, wealth, prosperity and the love of God.”

Clearly, holding himself to a high standard is not new territory for Tynan and remains something he intends to do throughout his life—holding himself against the highest bar possible: Jesus. “I strive to live a life of which people ask, ‘Why are you like that? How are you so loving, peaceful, and giving?’ My goal is to look more and more like Jesus; I’ve got a long way to go, that’s for sure.”

Growing up and attending high school at LCHS was the perfect fit for Tynan, whose strength is clearly rooted in his faith. He refers to Luther’s motto—“Quality education in a Christian context”—and explains how that plays out in the life of Luther’s students: “Luther provides its students with the skills and knowledge necessary to prepare them for the future, but still stirring their faith in a way that encourages them to be led by God, not the world.”

Tynan says that the world can convince us of the “right plan for our lives,” but that isn’t always God’s plan. And Luther, he says, allows students to be successful in the world without missing the “divine appointments” that God has in place for them. “I’m a perfect example of someone not following the typical path. A musician and kinesiologist, set on the path for medical school, diverting from that completely and starting a business at 23. Now that seems crazy, but God knew what he was doing! Luther prepares you for the conventional journey, but still leaves students open to what God may have in store. We can’t think for a second that we have it all figured out.”

Finally, Luther gave him a confidence that allowed him to take the kinds of risks that are involved in forging a company, including making the contacts that help push that company into the realm of success. “I gained a fearlessness of connecting with great, successful people. I learned from a young age that everyone is just human. Everyone is special and, yet, no one is more special than anyone else. That has allowed me to get where I needed to be in life.”

For Tynan, Luther was not simply a high school. It provided life experience that prepared him to be successful, continued to inspire the importance of the word of God, and left him with a plethora of happy childhood memories. “There’s nothing like sitting on the edge of the stage at LIT.” This memory—not overshadowed in the least by his memory of sitting on another stage, a world stage among his entrepreneurial peers from across the globe as a G20 Young Entrepreneur Delegate for Canada—is a testimony to the impact Luther has on the students fortunate enough to grow up within its walls.