Brad Hertz’s life reads like an action-packed adventure novel, full of nail-biting heroics and an adrenaline-fueled work ethic that has resulted in international busi­ness success. 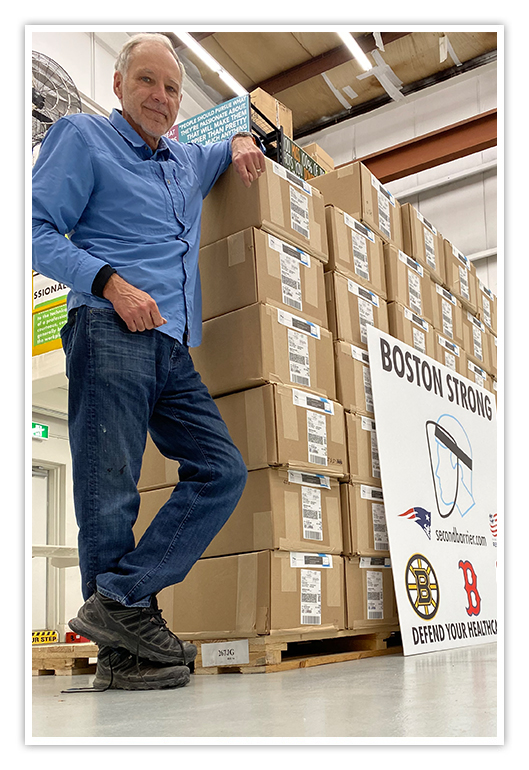 The Luther alumnus (HS’82) began working for his father’s Hertz Bus company in Grade 10, changing oil and learning the ins-and-outs while excelling in high school basketball and football. Upon graduation, he entered a heavy-duty mechanics course in Saskatoon and worked his way up the ladder at Hertz. “There was no special treatment for the boss’s son,” he laughs. “I cleaned toilets, swept floors, and worked on bus­es.”

Knowing that one day he want­ed to run a business, Brad went to business school in Toronto and wound up buying his uncle’s school bus company in 1985. “All of a sudden, I was 21 with 102 employ­ees and I was the youngest guy on payroll. But those early years spent with my dad’s company ensured I was up for the challenge.”

Brad started building his own bus empire, taking on Wood River and Tisdale School Divisions, the Regi­na Catholic School Board, and the Saskatoon and Regina Paratransit systems. In 2000, a company from Scotland bought all of Brad’s and his father’s companies, on the pro­viso that Brad manage them for one year. Up for a new adventure, Brad then took over the compa­ny’s entire Canadian and Alaskan school bus systems. “When I was up in Anchorage, I purchased four bus shops and hired 450 drivers. I implemented a $180M contract, having the buses built in North Carolina, driven up to Washington State, and then barged to Alaska. Soon after, 9-11 hit, and there was a bomb threat on one of our school buses. It was crazy times indeed!”

After three years, Brad needed a break from school buses and moved to Ottawa in 2002 to oversee their Paratransit system after bidding on and winning the contract. “I managed to retire when I was 38,” he says. Not one to sit still, Brad then tried his hand sitting on venture capital boards and investment committees, and even participated in seven Iron­man triathlons. But everything came crashing down around him with a frightening cancer diagno­sis in 2010. “They found a lump in my throat. After a six-hour opera­tion, they removed the base of my tongue and a chunk of my neck.”

When faced with their own mor­tality, most people tend to slow down, but Brad knew he had more fight left. He headed to the Mayo Clinic in Phoenix, and managed to beat a one-in-four survival rate. Filled with renewed energy, Brad set his sights on taking over Sleek Signs, a Regina-based advertising company. “I managed to grow revenues six times over,” he says proudly. His secret? “I found cus­tomer pain points – times where customers found it difficult deal­ing with our product. I vowed to streamline the process, drive costs down and put the customer first.” It was a winning formula that saw his business delivery system drop from a five-day turnaround to printing next-day service. “Being that much faster allowed us to enter the Toronto and Vancou­ver markets – even with shipping factored in. I really like playing the game,” he grins. “I can’t wait to go to work. I’m up at 3 a.m. writing stuff down.”

When COVID-19 hit and every­thing shut down, Brad found an opportunity to help and to get his employees back to work. “I paced the floor non-stop for two days figuring out what we could do and then it hit me. We pivoted our sign printing business to construct clear polycarbonate face shields, reverse engineering a way to cut down on unnecessary materials like elastic and foam, using less inputs and speeding up the man­ufacturing process.”

Brad says his face shields are light­weight, easy to disinfect, and easy to ship. Since the start of COVID, Sleek Signs has sold at least 80,000 shields to a host of businesses across Canada and the United States, including the City of Boston. “We had 5,000 face shields we were shipping by FedEx, but at the last minute we realized we needed our in­ternational brokerage papers. We lost a couple of boxes on the Ring Road as we flew back to get everything in order. Af­ter that, we put better shipping policies in place,” he says, focused, as always, on continuous improvement.

With all his business success, Brad says his biggest win in life was marrying his wife, Susan, and watching their two kids, Gabriel and Adam, become great young adults.

Brad credits his incredible work ethic and “zest for the best” to his grounding at Luther.