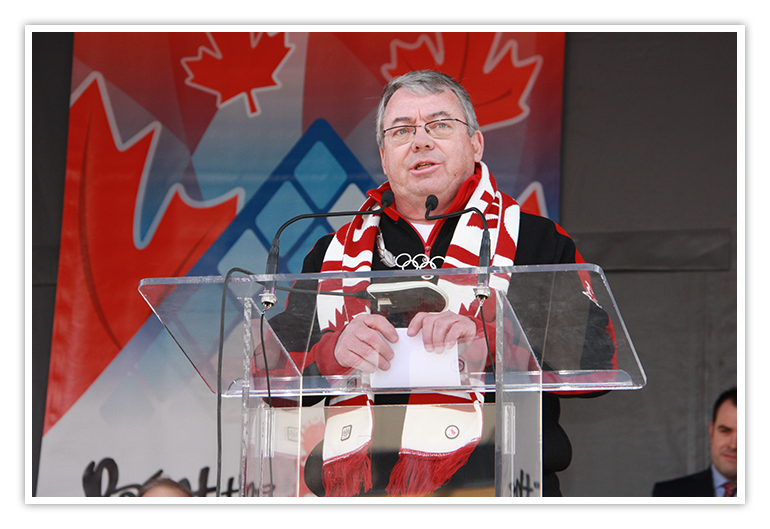 Bob Steadward (HS’64) knew as a young boy that he wanted to “accomplish something with his life.” What he did not foresee was the role he would play as champion for the Paralympic movement. “I had some exposure to disability in my life but never thought consciously of going into a field working with people with a disability,” says Bob.

Although he had a great love of sport and was active on a variety of teams, Bob initially decided to go into Dentistry after high school. His first roommate in university was a young man who relied on the assistance of leg braces and crutches after having contracted polio as a boy. “It never made any impact on me. He had a disability but that was no big deal. He was not any different than you or me.” Bob eventually realized that dentistry was not for him and he decided instead to pursue a Bachelor’s degree in Physical Education. It was during an internship that involved working with disabled athletes that Bob found his calling: making a difference in the world of Paralympic sport. “Once I got involved at a coaching capacity, the rest is history.”

By the time Bob completed his master’s and doctoral degrees, he had amassed ten years of experience working with athletes living with a disability, in both professional and voluntary capacities. During this time, he became increasingly aware of the significant accessibility gap that disabled people – and athletes – faced every day. “They were out on an island. Society was not accessible to them in so many areas of their lives. I wanted to do something about those physical and attitudinal barriers.” And so he did.

In 1978, Bob founded the Research and Training Centre for Athletes with Disabilities – renamed The Steadward Centre for Personal & Physical Achievement in 2000 – to provide a specialized training facility for disabled athletes, with accessible and adaptable equipment and specially trained staff. The Centre now services over 1,000 disabled people a year and is a world-class training, research, and teaching facility.

But the Centre was not enough. In his volunteer work with disabled athletes competing at the international level, Bob recognized that many facilities were not accessible; further, the four organizations managing international competitive sport for disabled athletes were on the verge of collapse. Wrought with dysfunction, they were failing to meet the needs of athletes. Again, Bob stepped up. In the 1980’s he drafted a proposal for a new organization that would completely reorganize the structure and governance of competitive sports for athletes with disabilities. Thanks to Bob, the International Paralympic Committee (IPC) was born in 1989. He was elected founding President of the IPC and remains their Honourary President today.

According to Bob, however, a more difficult task was now before him. He knew that IPC’s success hinged on its integration with the International Olympic Committee (IOC). The IOC had supports that the IPC simply did not have: funding, media support, and host cities boasting beautiful – but not always accessible – sport facilities. Finally, after twelve years of persistence, in 2000 a formal Memorandum of Understanding was signed between the committees, requiring that all future Olympic host cities also host the Paralympics. This meant that cities would be obligated to ensure their facilities were accessible to all athletes.

“Today the Paralympics is the third largest sporting movement in the world. The profile and success of our athletes is incredible,” Bob says proudly. While clearly integral to that success, he remains in awe of it: “it is beyond my imaginative dreams.”