The Tran siblings, Andrew, Jenn and Kim, have all followed very different career paths, but what they have in common is where those paths began: Luther College. 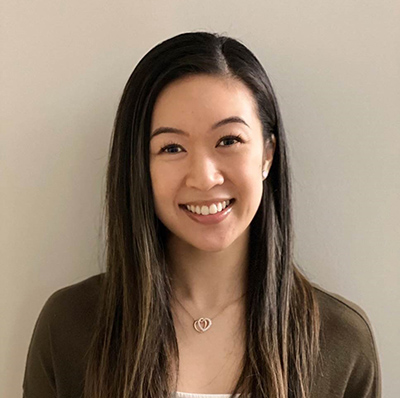 Andrew originally thought he was destined to go into the medical field, but “it turns out my fear of blood and bodily fluids didn’t help!” he laughs. Instead, he earned a bachelor of business administration degree from the Paul J. Hill School of Business at the University of Regina (2020) and now works in human resources at Farm Credit Canada. “HR was my calling, because it allowed me to use my values of helping people and it also allows me to interact with people, which is what I love to do,” he says. “Luther definitely helped me with the competencies I use in my career now, such as my work ethic, time management, and analytical and communications skills.”

Kim didn’t have the same aversion to bodily fluids as Andrew, so she became a registered nurse after earning a bachelor’s degree in science (psychology) at Luther College and a nursing degree through the Saskatchewan Polytechnic–University of Regina collaborative program (2020). Kim currently works at Regina General Hospital in the neonatal intensive care unit. She recently worked on a medicine unit with people who have chronic illnesses. She is grateful for her psychology degree, as she is able to make a difference in patients’ lives, mentally and emotionally as well as physically. “When you see a patient, who has been feeling down, with a smile on their face, that’s one of the best feelings.”

Kim believes that Luther prepared her not only academically for university, but also for life. “Something that is so amazing about Luther is the diversity we see among the students, paired with the contemporary teachings. Although we were a school that was Christian-based, we were also taught to be accepting of other religions, races and the LGBTQIA+ communities,” she says. “With the societal issues coming to light in our world today, whether that be mental health issues, Black Lives Matter, et cetera, I feel as though Luther prepared us to understand the information we are receiving and taught us to have knowledgeable conversations regarding the issues, as well as to be an advocate.”

Since graduating from Luther, Jenn has made her way from Regina to Pennsylvania to New York to London, England. She convocated from the prestigious Wharton School at the University of Pennsylvania and now works as a private equity analyst. Her team deals with pension funds and private, public and sovereign wealth funds. Jenn enjoys learning about different sectors, how new companies are innovating and how that innovation drives value financially. “It’s exciting that I’m working with these huge institutions – public pensions and big companies. It’s great to have that exposure at this young age,” she says.

Jenn notes that opportunities to play team sports at Luther helped her gain the skills needed to excel on her career path; team collaboration is a key skill that she has carried with her. One of her fondest memories was as a member of the Senior Girls Volleyball team: “We were the underdogs, and we went to the finals in the Luther Invitational Volleyball Tournament. I remember I had a big block during the game. We didn’t win, but it was still amazing.”

In addition to her career in finance, Jenn is a visual artist. Her talent was developed in an art class with Drew Hunter and through painting decorative murals for the Luther Invitational Tournament. She has since shown pieces in gallery shows, participated in community art projects and sold her art to people from around the world. While she has less time to make art these days, Jenn does have a blank canvas in her flat, just waiting for her next inspiration.

Kim says that, at almost every family supper, “We still talk about our days at Luther. We try to convince all of our cousins to go!” She goes on to say, “Luther impacted our lives tremendously and continues to make us want to push ourselves to be our best selves in life.”