Serving the People of Saskatchewan 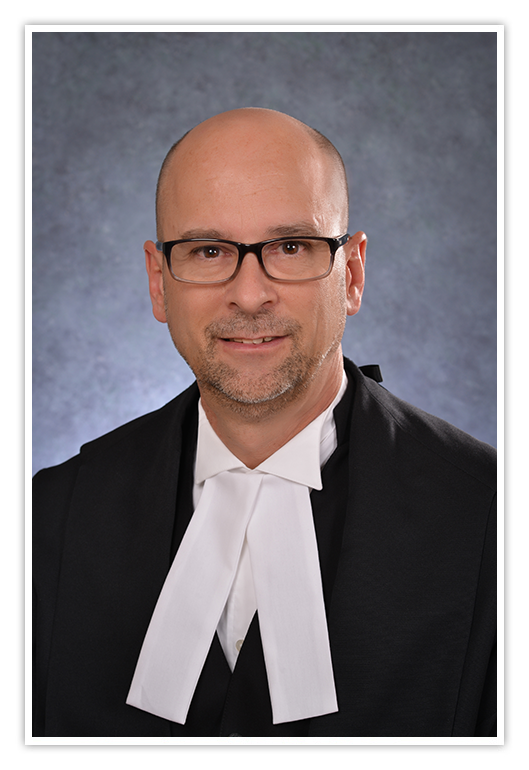 Kenneth Ring (U’81) has always had a fascination with rules and how they operate in societies. “I was always interested in how people regulate themselves, and how society regulates itself—how it runs. What are the rules? Why do we follow them? That process piece was always important to me.”

With this innate curiosity, a career in law was a natural choice. “Being a lawyer was always the goal,” he says, but his passion for law was underpinned by an intention to use his legal vocation to help people and make a difference in his community. “I was interested in public law,” Ken says. “Working for the Department of Justice, I realized that lawyers could have an influence on public policy.”

Since graduating from law school in 1986, he has dedicated his legal career entirely to the field of public service and since 1999 has been the Law Clerk and Parliamentary Counsel (LCPC) for the Legislative Assembly of Saskatchewan—the only position of its kind in the province, and one of only a handful of such positions in the country. “The uniqueness of holding this public position means that I get to practise law in a way that none of my other law colleagues do.”

As LCPC, Ken works for the sixty-one members of the Legislative Assembly, who pass proposed legislation to bring it into law. Ultimately, Ken’s role is to provide legal advice to the Assembly, and to produce the Annual Bound Volume of Statutes that is the definitive text of the statute law. He drafts legislation for private members to enable them to bring forward their thoughts and ideas publicly, and is also responsible for reviewing all regulations passed by cabinet—ensuring that the cabinet is not exceeding the power the Assembly has given to it.

In February 2007, he was appointed Table Officer of the Assembly. As such, he is present for legislative assembly debates to ensure that the rules that apply to the formal debating process are being followed, and to give procedural advice to the Speaker and to members on both sides to reduce their chances of speaking out of order and being shut down by the Speaker. This role gives him the opportunity to engage in the procedural side of the formal debate process, as well as the legal outcomes it produces.

While Ken feels honoured to work for his fellow Saskatchewanians, it is the Assembly, and the people of Saskatchewan who selected them, who are the true benefactors of Ken’s legal expertise. The impact Ken has made in his career was recognized in 2008 when he was honoured with a Queen’s Counsel designation.

What is clear about Ken is that the optimism, compassion, and work ethic that accompanied him and was further instilled during his time as an undergraduate at Luther has not dissipated in the least. His belief that working in the public service “is a noble profession,” and that he’s “helping everybody, rather than just a few people,” has made his passion for serving others a motivating force every day.

Ken graduated from Luther College at the University of Regina in 1981 with a Bachelor of Arts with Distinction, majoring in English and French with a Mention Bilingue. He did not view his undergraduate degree merely as a stepping stone to law school, but an important part of his education. “The Liberal Arts education was something I thought was important because of the attention given to writing and the importance of the written word.” After graduating from Luther, Ken studied French Literature overseas at the University of St. Etienne, but had to cut his time there short for medical reasons. Once home, he headed to law school at the University of Saskatchewan.

After articling to the Deputy Attorney-General, he was a Crown Prosecutor for two years. In 1991, Ken moved to the Ministry of Justice, where his role as Legislative Crown Counsel was to draft legislation. During this time, he learned about the position of LCPC. He began to learn more about what the position entailed and started to prepare for the role. “I started actively reading things and looking at the House of Commons in Ottawa and London and getting ready to make that step. That was one of the things that Luther taught me: be prepared ahead of time.”

As LCPC and Table Officer, Ken’s work is engaging and provides many opportunities and experiences that will remain with him for years to come. One such experience came around 2002, when he was asked to go to South Africa to assist with setting up a parliamentary counsel office and their state legislatures. “At first, I was surprised to be asked,” he says, “but then I realized, no, that’s what I do and they wanted my expertise and assistance. As LCPC, the international work is rewarding and fun, but more importantly, you are helping other individuals working in your position throughout the commonwealth.”

Helping others is a theme on which Ken has based his career, and the notion that a career serves as more than just a means to a financial end was something he says was instilled in him as a LCUR student. “Luther has a demonstrated commitment to provide quality education in conjunction with valuable life skills. They don’t just educate you and send you on your way; they instill the notion in their students that life after university isn’t just about making money. They do not mould you to be just another cog in the machine. Your education at Luther is also a degree of compassion. You are helped to understand that you are there for a reason, not just to get a job. A higher calling awaits. Luther helps students realize their greatest potential.”

Ken recalls the community as a defining feature of both Luther College campuses. “I remember the comradery and collegiality with the students and office staff. At Luther you’re a person. You’re not just another student. I remember Art Krentz at the University. I never took a class with him, but he knew who I was. He knew who everyone was, even among all those students. He would remember what was going on with you, instead of just a ‘hi, how are you.’ You only meet a few of those people in your life.”

Although Ken himself did not attend Luther College High School, he felt it was very important that his daughter attend. “I knew it would benefit her not just academically, but would contribute to her growth as a person, and it did assist her tremendously. Luther reaffirmed that she was a person whose contribution was important and whose presence mattered.”

It’s not just the one-on-one relationships that help to make Luther a welcoming and strong community, but the number of community building events that take place each year: LIT, the high school musicals. “They give community to a group of people coming together,” Ken says, but he has especially fond memories of one event in particular: the Candlelit Services at LCHS—which he would attend yearly with his parents. “That wasn’t just an event; it was an occasion that was tied to your faith.” Indeed, faith is the final piece of the puzzle that Ken says Luther provided to him, which elevates Luther above other educational institutions: “For me, the advantage that Luther provided goes back to the faith. It connected education to your faith, which is who you are. You get that grounding. You get that sense of what it is to be good person, but also get the toolkit you need to be successful in what you do. Ultimately, life is a series of choices, good and bad and you’ve got to live with them once you make them. Luther helped me make good choices, good decisions, and I’m incredibly grateful for that.”