In our instantaneous, hyper-speed world, it’s hard to imagine anyone poring over a scientific problem for 12 continuous years, with the solution not quite within reach. Most of us would have given up years ago, but not Tara Smith. 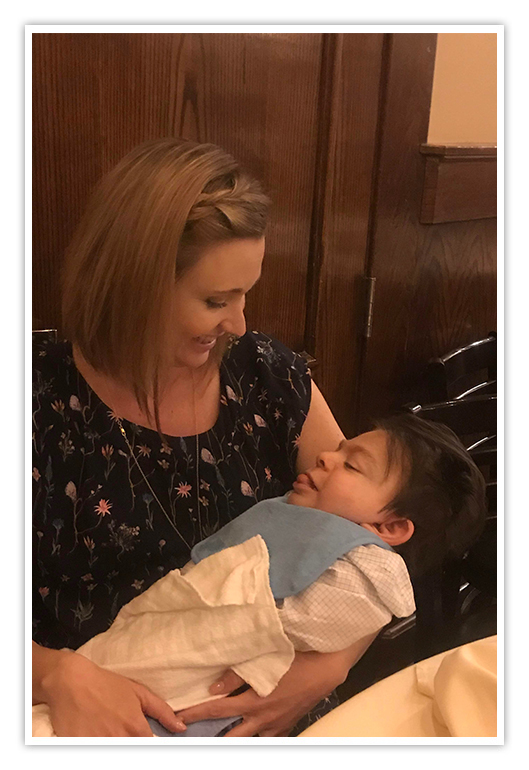 Children born with Rhizomelic Chondrodysplasia Punctata, or Rhizo for short, have an inability to make plasmalogen, a brain lipid that encourages growth and de­velopment. Five-year-old children with this disease regularly wear infant-sized clothes and rarely make it past their tenth birthday. Tara says she knows of only three cases of Rhizo kids in Canada, and fewer than 100 in the U.S. “As a sci­entist, you’re supposed to separate business from your personal life, but these kids have become my life. They are my heart and the very reason why I’ve focused so many years working late into the night to help find a treatment,” she says passionately.

Tara and her team were the first to connect the dots between Rhizo patients, who have no plasmalo­gen in their brains, and Alzheimer patients, have decreased levels of the lipid. This has led to some state-of-the-art collaborative drug research spanning the globe from India to California to Saskatoon, offering new hope for those living with these diseases.

Tara is quick to credit her humble beginnings at Luther. “This journey has been absolutely amazing, and I know I wouldn’t be here today if it wasn’t for Luther’s unique science program, which kept students together in a small, core learn­ing group. These core students have become lifelong friends and they’re the reason I made it through.”

Tara knew she wanted to work in the sciences, but it wasn’t until a third-year summer internship in a lab that she found her focus. “I got to clone my very first gene, and suddenly I knew something before anyone else did. It was life-chang­ing and made me determined to do bench research in grad school. I never looked back.”

She ended up doing her post doctorate work on Alzheimer’s in search of a viable treatment. “I was hired by Phenomenome Discov­eries, a company that had already made the association that Alzhei­mer patients lacked plasmalogen. Similar to the way high cholesterol is a biomarker for heart disease, a lack of plasmalogen in the brain was a biomarker for Alzheimer’s,” she explains. “I came on board to better understand this deficit and evaluate treatments.”

By the mid-2000s, she was doing research to determine if increasing plasmalogens might be thera­peutic for treating Alzheimer’s. She eventually collaborated with a McGill University researcher look­ing into an animal model to test her theory. “Most people would be shocked to learn how long it takes to go from research to an actual drug. I’ve been working on this for more than a decade and we’re still not at the point where we can test in humans. It takes years of meticulous research, and a ton of patience,” she says thoughtfully.

Scientists already knew that Rhizo kids lack plasmalogens, based on genetic testing. What they didn’t have was an effective way of in­creasing those plasmalogen levels. With Tara’s extensive research into Alzheimer’s, the pieces of the puzzle fell into place. “Here we were, sitting on a potential drug for Alzheimer’s that at the same time might also give Rhizo kids their best chance of raising their plasmalogen levels. It was fasci­nating!”

In 2015, however, the company Tara worked for went bankrupt at the same time that she gave birth to twins – a boy and a girl. “To think that 10 years of my life’s work might be gone was devastating,” she recalls. But private investors from Saskatchewan (Med-Life Discoveries) bought the intellec­tual property to her work, and she was soon back up and running. “We honed our focus, and moral­ly , we knew we had to give Rhizo kids a chance at a better life. We’re manufacturing this plasmalogen drug in India and it’s being formu­lated in San Diego. We’re doing as much research as possible, run­ning ‘natural history trials’ (gath­ering as much data as possible on Rhizo patients without drugs or placebos). We’re working close­ly with Dr. Michael Bober at the Wilmington, Delaware hospital, and meeting with families from all over North America.”

Tara says before this drug can be administered to sick kids, it first needs to be administered to healthy adults to make sure there are no serious side-effects. In the meantime, her research with Alzheimer’s has come full circle. “Gray Space Therapeutics is rais­ing funds to begin advancing to­wards our first clinical trial of the plasmalogen drug with Alzheimer patients, so it’s very promising!”

While it has taken tens of thou­sands of hours to get to this point, Tara says the years of intense focus and sheer determination are paying off. “If we get to save one of those kids so we can give them a chance at life, or spare a loved one from the cruel decline of Alzheimer’s, then everything will have been worth it.”