While IBM was launching the world’s first “portable” comput­er in 1975, weighing a modest 55 pounds, a pre-teen Ross Niebergall was building his own computers in the basement of his Regina home, soldering silicon components onto printed circuit boards. 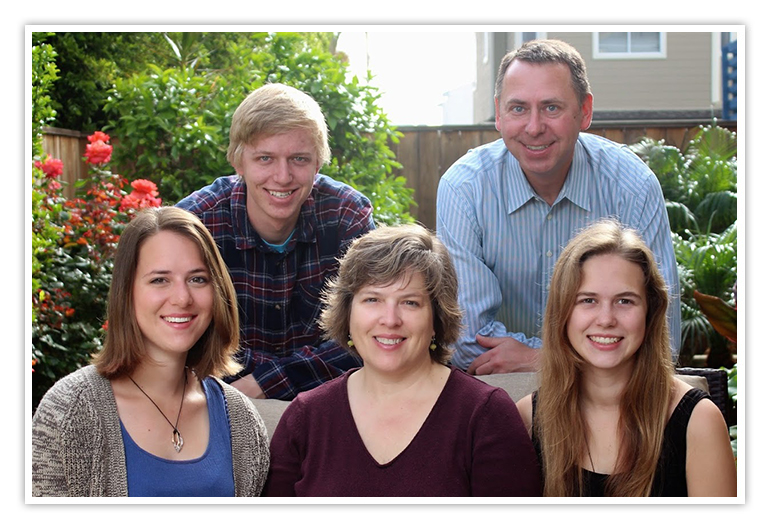 “For as long as I can remember I’ve always loved technology,” Ross laughs. “I was a curious kid, always building things, asking questions and never satisfied until I saw re­sults.” Today, the Luther alumnus (HS’81, U’86) and Ph.D. mathema­tician has propelled his curiosity, drive, and love of technology to become the Chief Technology Of­ficer of one of the largest defence contractors in the world, L3Harris Technologies, based on the Space Coast of Florida.

“We build information systems for processing and interpreting complex data,” he begins, “every­thing from tactical radios used by the military and night vision equipment, to satellites providing GPS locations to your phones. We build communication systems needed by first responders. When you see any pictures of offshore hurricanes, they come from our weather satellite payloads. We also work closely with NASA in build­ing space-based antennas used in government systems.” Ross adds that defence work is interesting because of the “incredible push to maintain a technology advantage on the battlefield. We develop technology that the commercial world has yet to see.”

One of those technologies is autonomous ships. “Everyone has heard how Tesla is building self-driving cars, but few people are aware that L3Harris is building the equivalent for naval ships.” Ross says this is the first for the U.S. Navy, and will be used for patrol and surveillance without a crew of any kind, able to operate away from port for days or even weeks at a time.

So how did a self-professed com­puter nerd who grew up in Van­couver wind up at L3Harris in Flor­ida, by way of Luther College? “My dad was a Lutheran pastor and we moved around a lot. My wife Kathi’s father was also a pastor, and that common experience like­ly drew us together. We became good friends in high school while in Luther choir, attending com­petitions and travelling togeth­er. I used to joke that we had an arranged marriage, but I stopped saying that when too many be­lieved it was true! What can I say? We’ve been married now for 35 years – high school sweethearts,” he smiles.

Ross says he knew it was a match made in heaven because of their “shared values and shared expe­riences” fueled by Luther’s motto of excellence, innovation, and hard work. “I left Regina to complete my Ph.D. in mathematics at the Uni­versity of Notre Dame, while Kathi got a degree in library sciences and wound up as an academic research librarian, so it was a great fit. She’s an incredibly special per­son to tolerate the demands of my career, and I love her all the more for it.” Ross wound up as a tenured math professor at the University of Northern British Columbia, but the lure of space was calling.

“I just had this burning ambition to get into the space industry, so in 2003, I joined Raytheon (a leading aerospace and defence manu­facturer) and did a tour of duty all over the world, from France to the Middle East, and Asia to Africa, ultimately winding up in South­ern California. While in France, I worked closely with NATO, devel­oping air defence systems and giving the European Union a pro­tective defensive shield.”

In 2017, Ross was invited to be­come Chief Technology Officer at L3Harris. Kathi fell into a career she “absolutely loves” – volunteer­ing with special needs children and working as a children’s librarian. “Our three kids have benefitted from their exposure to different cultures living and learning all over the world,” Ross says. “We have 26-year-old twins – Max, who has his degree in physics, and Alexandria, who’s pursuing her Ph.D. in earth and ocean science. Our third child, Eva, is studying neuroscience.”

Ross and Kathi both credit their incredible start at Luther for giving them a “multicul­tural exposure” from a young age. “We’re still in contact with our high school peers from Hong Kong,” he says. “Luther is a special place and helped instill in me the belief that anything was possible.”