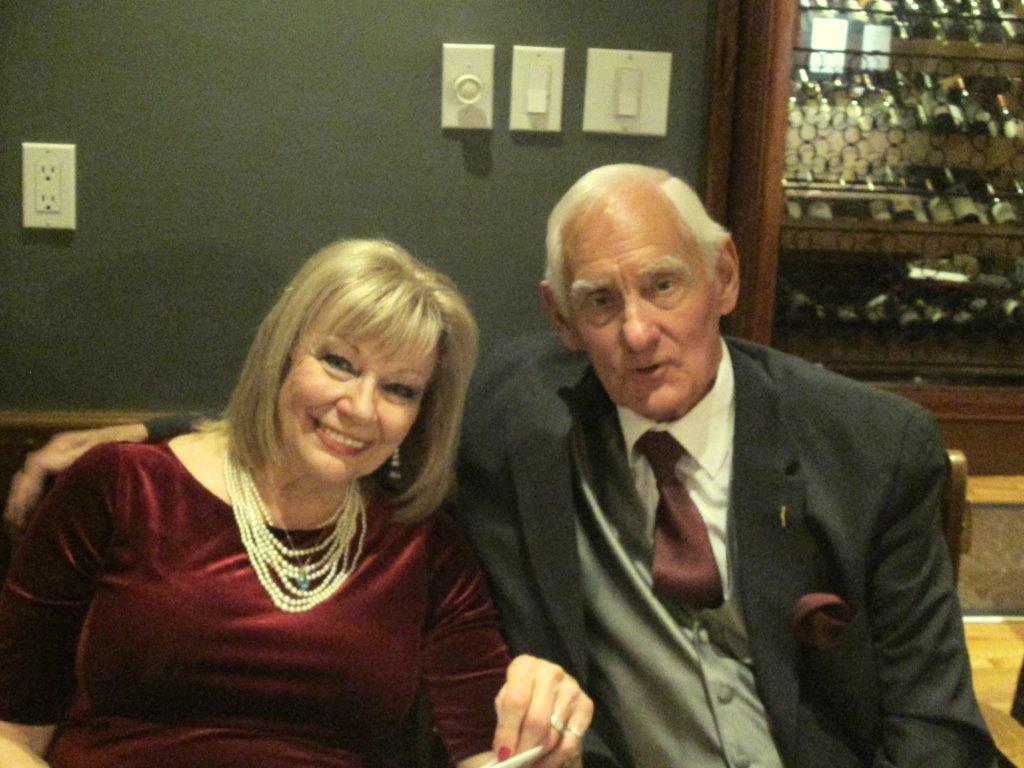 The warmth with which Sharon Stuart speaks of her time at Luther College High School (grades 9 to 11) says it all: “I remember the first day at Luther; that amazing feeling of being in a special environment filled with expectation and challenge.” Luther strives to ensure that every student is afforded with the sense that they are worthy and fully capable of great success in the world. These are the sentiments that Sharon reiterates when reminiscing about her high school days at Luther. “Over the years I have talked to many alumni who echo the thought of feeling special. Even after some fifty-plus years, many of us have a keen memory of the discipline, interest and the encouragement that Luther’s teachers and leaders exemplified. The experience and attitudes [of these teachers and mentors] set the tone for many of us to strive to accomplish our best.”

And accomplished Sharon is – especially in her contributions to Saskatchewan’s music community. Sharon’s passion for music was one she shared with her late husband, Peter Dyksman. Born in Holland, Peter moved to Canada, where he began his music career as an accomplished jazz musician. Together, Sharon and Peter eventually started ‘The Music Box Stores’ in Regina and Saskatoon, which later initiated a partnership with Long and McQuade Music Stores of Canada. The Dyksman family, including their son, Shaun (HS’77), were involved with stores in both cities. At one time the education division of The Music Box grew to attract over forty teachers who trained and taught some 2,500 students throughout the province. Sharon served as the Education Director in Saskatchewan for thirty-two years.

On one occasion, Sharon’s musical background enabled her to answer a call to help out her alma mater. The call from Luther College was borne of panic, as the school’s choreographer had been unable to continue her commitment to choreograph the song and dance scenes for Luther’s annual Broadway production. Despite never having read a dance score, Sharon was able to work with the cast and assist them in finishing the scenes. Luther’s performances of Fiddler on the Roof went off without a hitch.

Sharon recalls the lasting impact that Luther College had on her faith and spiritual strength. “I credit my enthusiasm for the Christian faith in part to the Christian teaching I received at Luther,” Sharon says. This passion for Christ is another key passion she shared with Peter. They both enjoyed and contributed a great deal to the music worship at their church in Regina, and participated in evangelism and outreach ministries in many ways, including: coordinating twenty Alpha church courses; offering Regina businesses Alpha courses for the workplace; and serving as advisors for Alpha Ministries of Regina.

Because of the positive connection she had to Luther in her own youth, Sharon and Peter decided that their son, Shaun, would attend Luther High School. Shaun tells us, “I have many good memories of Luther. I loved it and made many life-long friends during my time there.”

In September of 2013, after battling a lengthy illness, Peter Dyksman passed away. It is to honour him that the family has made a donation to the A Time to Build Capital Campaign - a major expansion and renovation project at the high school which includes a new gymnasium, locker rooms, and a fitness and training room; a renovated heritage gymnasium; new stage; student commons and a fine arts classroom wing. When asked why his mother chose to donate to Luther to honour his father, Shaun replies, “Mom and Dad were both very involved with the high school; I recall them both helping with musical productions on many occasions. Through The Music Box, they also helped to update the school’s sound equipment. I actually came to Regina around 1979 or 1980 to help install it.”

It is clear that Luther has always played an important role in the history of the Dyksman family. It comes as no surprise, then, that Sharon wishes for her family to share in the bright future of Luther College through her donation. The generous gift from The Dyksman Family allows for naming rights of the music rehearsal room connected to the new band room, an especially fitting way to honour Peter and Sharon’s long association with music education in the province.

Even today, Luther impacts Sharon’s life in the most meaningful of ways – including marriage. Her Grade 9 yearbook photo caption reads, “Where’s Stu?” It turns out that “Stu” – Doug Stuart (HS’53) – was in his senior year when Sharon was a freshman. Thankfully, she tells us, “I am no longer looking for him and we were married on Valentine’s Day 2014 after not seeing each other for fifty-four years.”

Sharon and her family exemplify the ways in which Luther’s values of love and faith remain with its alumni for life and the ways in which one’s past at Luther resurfaces to bring blessings into one’s present in the most surprising of ways.