Telling Stories From Around the World 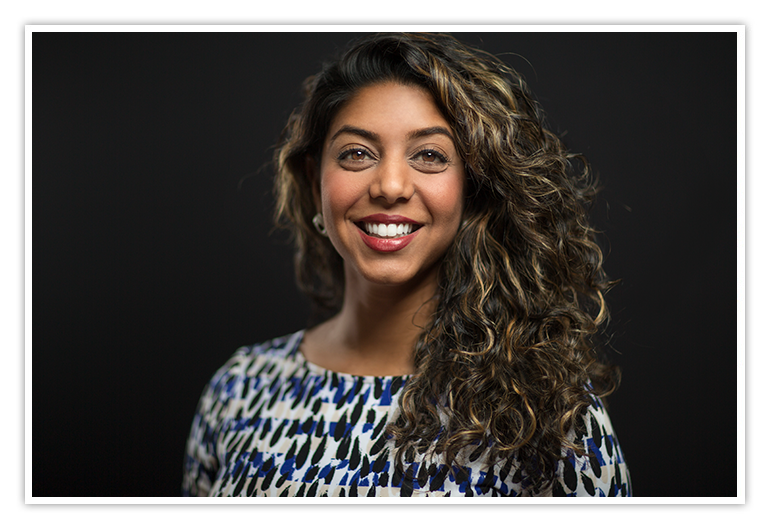 “I wanted to be a singer,” laughs Molly Thomas (HS’05, U’10). Now a successful freelance broadcast journalist based in Toronto, Ontario, Molly recalls that it was the ‘performing’ side of journalism that initially pulled her in. “I love people and being in front of people,” says Molly, who currently works for three national networks: Context on YesTV, a faith-based current affairs show, CTV News Channel, and the Canadian Public Affairs Channel (CPAC).

Molly got a taste of journalism while still in high school at Luther College, volunteering at CTV Regina and doing everything from moving equipment during live segments to shadowing reporters. She was instantly hooked: “I was fascinated by the news station. I loved it.”

After graduating in 2005, Molly attended Luther College at the University of Regina to complete her Bachelor of Arts in Journalism. It was during this time that her future as a journalist became tied to her faith journey. “The Lord told me during my prayers, ‘I’m going to take you around the world.’” Initially, it seemed impossible to Molly that international news would be her path. She did not feel drawn to the developing world, and she even questioned how it was practically possible – living in “small” Regina, Saskatchewan. But God’s message was “so clear” that Molly couldn’t ignore it, and she made a few tweaks to open herself to the possibility.

At journalism school, she had an international beat, and began interviewing Regina residents with overseas ties and stories. She also applied for – and received – two scholarships that would take her to the developing world after graduation in 2010. The seven months she spent in Rwanda and Uganda served as a crucial trial period. “It gave me the opportunity to get my feet on the ground and see if I could actually do it. It made me realize, I really do love the third world. I’m really interested in social justice issues.”

Although a call from CTV Regina to be on the Morning Show once she was back in Canada didn’t quite fit into her “global plan,” she agreed to give it a go. “I had a chance to be on TV at home. It allowed me to invest in my community and volunteer.” Even while working the morning news desk, Molly says that God presented her with opportunities to cover international stories. With her international passions, she decided to move to Toronto in 2014, where she completed a Master’s degree at the Munk School of Global Affairs.

Today, Molly’s heart beats for social justice stories. “How do we tell stories of vulnerable people around the world? What issue in the world is not being talked about, yet has such a massive significance to people’s lives? And how can we bring these stories to the Canadian public? That’s my responsibility as a journalist.” Indeed, it is a responsibility that Molly acts on, pursuing stories in Iraq, Somalia, Turkey, Haiti, and most recently, Bangladesh, covering the Rohingya crisis.

While the performing aspect of journalism was the initial draw, Molly’s career today is motivated by something entirely different. “When you go into the field and do a story that can change people’s lives – that can inspire Canadians to look at that issue again and ask, ‘what is my role in that?’ – there’s nothing comparable to that. It’s easy as a journalist to make it about you, but the story is never about me. Journalism is about people. The journalist is simply the tool that allows people to tell their stories to the world.”