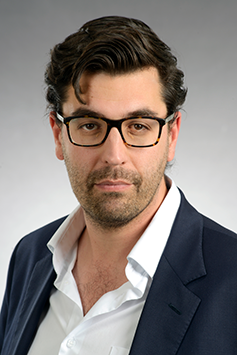 In the philosophy of logic Dr. Simard Smith's research is largely inspired by the idea that certain views about logic have consequences for debates on an array of ‘downstream’ issues in social epistemology, metaphysics and the philosophy of language. In particular, he is currently working on logical pluralism. His research on logical pluralism focuses on the best way to make sense out of the notion that several logics are correct and in applications that that notion has for debates on the semantics of taste discourse, the epistemology of disagreement, the nature of truth and the goals of argumentation.

His research is also concerned with determining the implications that recent philosophical literature on the epistemology of disagreement, faultless disagreement and pluralism in general (not just the logical variety) has for argumentation theory and within legal philosophy.

Dr. Simard Smith is also actively developing several research and teaching projects that draw on concepts within social epistemology, philosophy of language and philosophy of law to offer critical perspectives on colonialism and to engage the works of Indigenous thinkers writing on philosophical issues