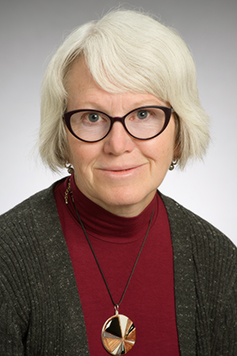 Anne James has taught as a Sessional Instructor at Luther College at the University of Regina since 2011. Her research interests include John Donne, John Milton, the early modern sermon, particularly its role in memorializing historical events, and, most recently, digital humanities. With co-investigator Dr. Jeanne Shami, she is engaged in a four-year SSHRC-funded project to increase access to early modern English sermon manuscripts by creating a group-sourced bibliographic database (GEMMS: Gateway to Early Modern Manuscript Sermons). In 2016 she published Poets, Players, and Preachers: Remembering the Gunpowder Plot in Seventeenth-Century England. She currently participates in a collaborative project editing John Donne’s letters and contributes the annual review of publications in Donne studies for the Year’s Work in English Studies.

“Facilitating Access and Collaboration in Early Modern Sermon Scholarship: An Introduction to the GEMMS Project.” Joint presentation with Jeanne Shami to the Renaissance Society of America in Boston, in March 2016.

“Coleridge Reads Donne’s Sermons: The ‘Copy A’ Annotations and ‘The Friend.’” Paper presented to the annual John Donne Society conference in Baton Rouge, Louisiana, in February 2013.

“Preaching the Good News at Paul’s Cross: William Barlow Interprets Essex’s Execution and the Gunpowder Plot.” Presented at the “Paul's Cross and the Culture of Persuasion Conference” at McGill University in August 2012.

“‘worthy to be written in a pillar of Marble: Occasional Liturgies and the Making of the English Protestant Nation.” Presented at the annual ACCUTE conference at the University of Waterloo in May 2012.