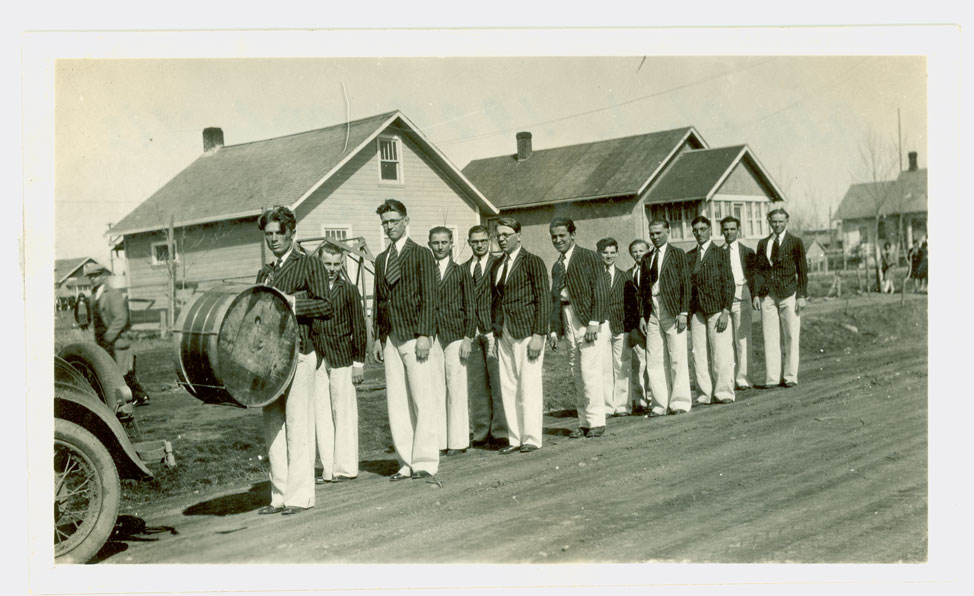 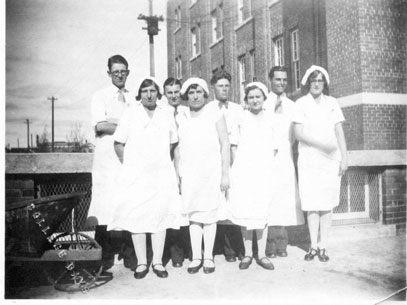 1921 – Karl Holfeld is the first Luther graduate to be hired to teach at Luther.

1922 – The national church (Ohio Synod) launches a major fundraising campaign, A Million for Missions, for capital improvements at its schools. A new Academy will be built in Regina and will be largely funded by the national campaign, which will include intensive canvassing of church members in western Canada.

1925 – A cornerstone laying ceremony for the new Academy Building in Regina, Sasakatchewan is held.

1926 – Rex H. Schneider is appointed Director (President) of Luther Academy. In Canadian terms he would be addressed as “Principal” or “Professor.” He is immediately given the nickname “Prexy” which is US slang for “President.” In the early 1940’s, he receives a honourary degree and becomes “Doc Schneider.”

1926 – In August, Capital University in Ohio recognizes Luther as a Junior College, accredited to teach one year of university courses. Thus Luther Academy changes its name to Luther College. In 1927, the University of Saskatchewan also recognizes Luther as a Junior College and accepts its university-level classes for credit. Almost all male graduates who continue their studies go to Capital, whereas female graduate are more often to go into Nursing or Normal School.

August 1926 – A dedication ceremony for Luther College is held. The total cost of the building is around $130,000 and in addition to the major fundraising campaign of the church, local fundraising is needed for furnishings and equipment.

September 1926 – Classes begin on a snowy and muddy day in September. Planks of wood are the only way to get to the front door from Royal Street. Enrollment is 108, including thirteen female students who now have their own area in the dorm. The curriculum includes Grade 8 to first-year university, plus a Conservatory of Music offering individual lessons and group performance opportunities. The Board soon applies to the national church for permission to construct a Girls’ dorm and a gymnasium.

1926 – Luther’s first female faculty members are Elsa Mees from Ohio and Agnes Scheffler from Alberta. Along with Rex Schneider, Herc Meyer, and other unmarried faculty members, they all live in rooms in the dormitory.

Winter 1927 – Hockey is Luther’s first organized sport and the team is called the “Luther Huskies.” The School colours are black and gold, copied from the Luther Seminary in Saint Paul. Baseball and girls’ basketball are other early sports, with rugby being added a few years later. The girls’ basketball team is called the “Pandas” and they play at the YMCA. The school purchases weekly time at the YMCA so Luther students can use the gymnasium and facilities. Physical education is a required class for the university students.